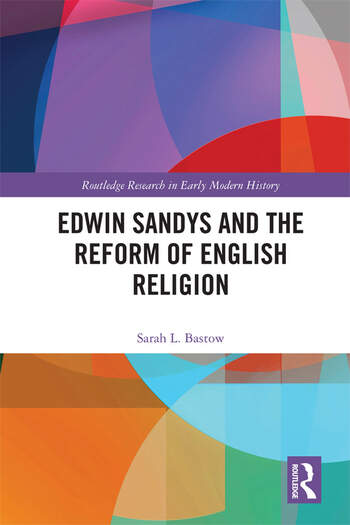 Edwin Sandys and the Reform of English Religion

This book examines the complexities of reformed religion in early-modern England, through an examination of the experiences of Edwin Sandys, a prominent member of the Elizabethan Church hierarchy. Sandys was an ardent evangelical in the Edwardian era forced into exile under Mary I, but on his return to England he became a leader of the Elizabethan Church. He was Bishop of Worcester and London and finally Archbishop of York. His transformation from Edwardian radical to a defender of the Elizabethan status quo illustrated the changing role of the Protestant hierarchy. His fight against Catholicism dominated much of his actions, but his irascible personality also saw him embroiled in numerous conflicts and left him needing to defend his own status.

Introduction: The Reform of English Religion

1. Tales of Exile and Narratives of Reform

3. Establishing Reformed Religion in the Diocese of Worcester: An Enemy Is Bourne

4. Religion in London: "The End of All Things Is At Hand: Be Ye Therefore Sober"

5. A Reformer in a Conservative County: "That Being Delivered Out of the Hands of Our Enemies We May Serve Him"

Sarah L. Bastow is Head of History at the University of Huddersfield.

Edwin Sandys and the Reform of English Religion