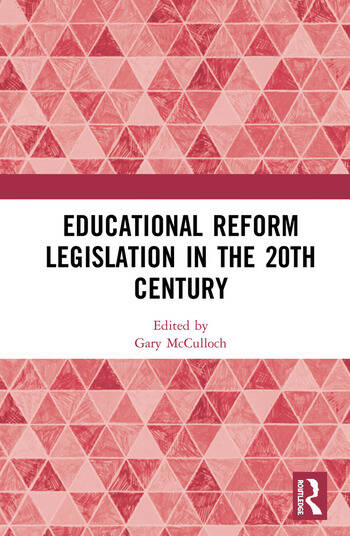 Much has been written on Education Acts, yet we have abused and neglected them. The history of educational legislation has been written off as ‘Acts and facts’, and the conventional approach to writing about them has been concerned with politics, and especially with the men responsible for them.

On the centenary of the 1918 Education Act and Education (Scotland) Act, and the thirtieth anniversary of the 1988 Education Reform Act, we can rightly compare them alongside the other two agenda-setting master-Acts of the 20th century, those of 1902 and 1944. These latter Acts, themselves landmarks of legislation, have each attracted several significant articles that have been published in the British Journal of Educational Studies. Between them, these provide a detailed commentary on the key legislation that has framed the development of UK education that is also open to critique and challenge.

The anniversaries of these key Education Acts are also starting points for broader discussion of continuities, changes and contestation in legislation involving the regime of power, control and regulation of education. This can also include consideration of the international context and the relationship between educational and other social legislation and reform.

4. Churches and Children – A Study in the Controversy over the 1902 Education Act Alan Rogers

6. Wesleyan Methodism and the Education Crisis of 1902 D.R. Pugh

7. H.A.L. Fisher, Reconstruction and the Development of the 1918 Education Act D.W. Dean

9. Lord Butler and the Education Act of 1944 Nigel Middleton

11. ‘Spiritual Development’ in the Education Reform Act: A Source of Acrimony, Apathy or Accord Brian V. Hill

13. The ‘Pink-Tank’ on the Education Reform Act James Tooley

15. 60 Years On: The Changing Role of Government Richard Pring