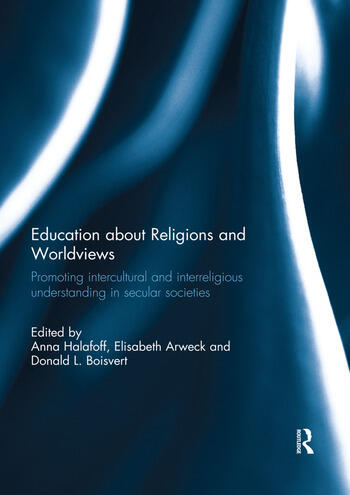 Education about Religions and Worldviews: Promoting Intercultural and Interreligious Understanding in Secular Societies

This volume presents the findings of a number of empirical and theoretical studies on education about religions and worldviews (ERW) conducted in the Western societies of Britain, Ireland, Canada, Norway, Finland, New Zealand, Australia and Canada. Educational programmes about diverse religions and worldviews began to be investigated and implemented as strategies to encourage interreligious understanding and social cohesion, particularly following the 2005 London bombings when a fear of youth radicalisation and home-grown terrorism became prevalent. In addition, as a growing number of people in Western societies, and young people especially, declare themselves to have no religious affiliation, state actors are currently grappling with the reality that we are living in increasingly multifaith and non-religious societies and government education systems have become places of contestation as a result of these changes. This volume examines ERW research and policies in a number of diverse places in the hope of identifying common themes, overlapping insights and best practices that can inform research and policy for religious literacy and interreligious understanding in other contexts. This book was originally published as a special issue of the Journal of Intercultural Studies.

1. Young People’s Attitudes to Religious Diversity: Socialising Agents and Factors Emerging from Qualitative and Quantitative Data of a Nation-Wide Project in the UK Elisabeth Arweck and Gemma Penny

2. ‘Respect Study’ the Treatment of Religious Difference and Otherness: An Ethnographic Investigation in UK Schools David Lundie and James Conroy

3. International Human Rights Law: Its Potential and Limitations in Effecting Change to the Place of Religion in the Irish Education System Alison Mawhinney

4. Education and Common Values in a Multicultural Society - The Norwegian Case Olav Hovdelien

Anna Halafoff is a Lecturer in Sociology and a member of the Alfred Deakin Research Institute for Citizenship and Globalisation, at Deakin University, Melbourne, Australia. Her research focuses on religious diversity, religion and education, and Buddhism in contemporary society. She is the author of The Multifaith Movement: Global Risks and Cosmopolitan Solutions (2013).

is a Senior Research Fellow in the Warwick Religions and Education Research Unit (WRERU), Centre for Education Studies, University of Warwick, Coventry, UK, and the Editor of the Journal of Contemporary Religion. Her recent research has focused on young people’s attitudes to religious diversity and the religious socialisation and nurture of young people. Recent publications include a number of book chapters and co-authored articles and (co-edited) volumes, such as Religion and Knowledge (with Mathew Guest, 2012), Exploring Religion and the Sacred in a Media Age (with Chris Deacy, 2009). She is the author of Researching New Religious Movements in the West (2006).

is an Affiliate Associate Professor of Religion at Concordia University, Montreal, Canada. In addition to a number of articles, he has published the following books: Out on Holy Ground: Meditations on Gay Men’s Spirituality (2000), Sanctity and Male Desire: A Gay Reading of Saints (2004), nominated for the Lambda Literary Award, Gay Catholic Priests and Clerical Sexual Misconduct: Breaking the Silence (edited with Robert E. Goss, 2005) and a two-volume collection, Queer Religion (edited with Jay Emerson Johnson, 2012).

Education about Religions and Worldviews: Promoting Intercultural and Interreligious Understanding in Secular Societies