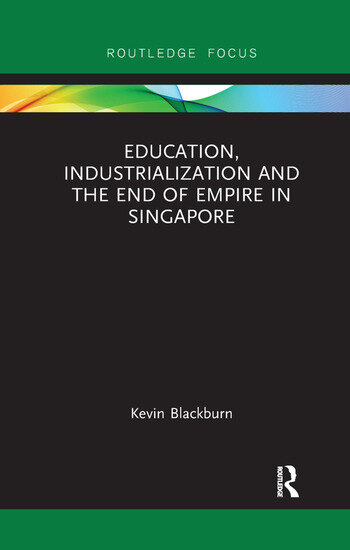 Education, Industrialization and the End of Empire in Singapore

Singapore under the ruling People’s Action Party government has been categorized as a developmental state which has utilized education as an instrument of its economic policies and nation-building agenda. However, contrary to accepted assumptions, the use of education by the state to promote economic growth did not begin with the coming to power of the People’s Action Party in 1959. In Singapore, the colonial state had been using education to meet the demands of its colonial economy well before the rise of the post-independence developmental state. Education, Industrialization and the End of Empire in Singapore examines how the state’s use of education as an instrument of economic policy had its origins in the colonial economy and intensified during the process of decolonization. By covering this process the history of vocational and technical education and its relationship with the economy is traced from the colonial era through to decolonization and into the early postcolonial period.

2.Vocational and Technical Education and the Colonial Administration (1901-1941)

Kevin Blackburn is Associate Professor in History at the National Institute of Education, Nanyang Technological University, Singapore. He has taught in Singapore since 1993, when he left the History Department of the University of Queensland to take up his present teaching position. He has co-authored with Karl Hack Did Singapore Have to Fall? (2004) and War Memory and the Making of Modern Malaysia and Singapore (2012).

Education, Industrialization and the End of Empire in Singapore