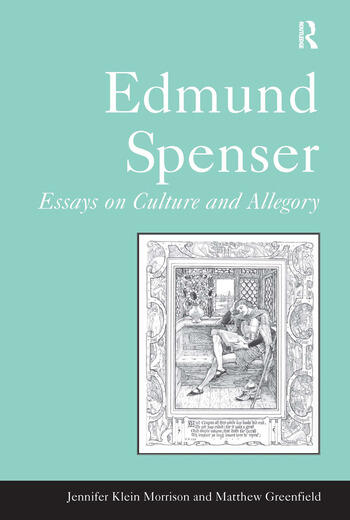 Though his writings have long been integral to the canon of early modern English literature, it is only in very recent scholarship that Edmund Spenser has been understood as a preeminent anthropologist whose work develops a complex theory of cultural change. The contributors to this volume approach Spenser’s work from that new perspective, rethinking his contribution as a theorist of culture in light of his poetics. The essays in the collection begin with close readings of Spenser’s writings and end by challenging the ethnographic allegories that shape our knowledge of early modern England. In this book Spenser is proven to be not only a powerful theorist of allegory and poetics but also a profound and subtle ethnographer of England and Ireland. This is an interdisciplinary volume, incorporating studies on history and art history as well as literary criticism. The essays are based on papers presented at The Faerie Queen in the World, 1596-1996: Edmund Spenser among the Disciplines, a conference which took place at the Yale Center for British Art in September 1996.

'...a valuable window into current trends in Spenser studies.' The Spenser Review 'The essays collected here are consistently of a high standard: sophisticated in argument, eclectic in coverage of texts, sources, and genre, and yet cohesive in terms of overall methodology. This volume represents the very best of contemporary scholarship in this field and outlines new directions for successive critical work.' Sixteenth Century Journal 'An exciting collection of essays...' Year's Work in English Studies