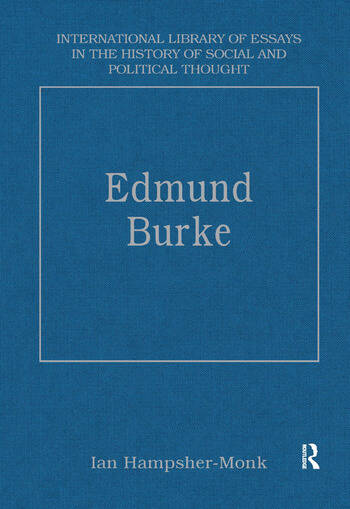 Edmund Burke’s iconic stance against the French Revolution and its supposed Enlightenment inspiration, has ensured his central role in debates about the nature of modernity and freedom. It has now been rendered even more complex by post-modern radicalism’s repudiation of the Enlightenment as repressive and its reason as illusionary. Not only did Burke’s own work cover a huge range - from aesthetics through history to constitutional politics and political theory - it has generated an enormous literature drawing on many disciplines, as well as continuing to be recruited in a range of contemporary polemics. In Edmund Burke, Iain Hampsher Monk presents a representative selection of articles and essays from the last 50 years of this scholarship. His introduction provides a brief biography and seeks to guide the reader through the chosen pieces as well as indicating its relationship to other and more substantial studies that form the critical heritage of this major figure.