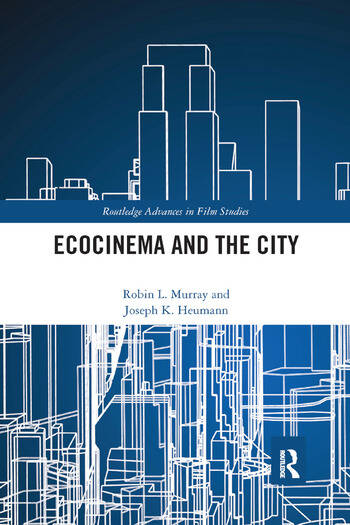 In Ecocinema in the City, Murray and Heumann argue that urban ecocinema both reveals and critiques visions of urban environmentalism. The book emphasizes the increasingly transformative power of nature in urban settings, explored in both documentaries and fictional films such as Children Underground, White Dog, Hatari! and Lives Worth Living. The first two sections—"Evolutionary Myths Under the City" and "Urban Eco-trauma"—take more traditional ecocinema approaches and emphasize the city as a dangerous constructed space. The last two sections—"Urban Nature and Interdependence" and "The Sustainable City"—however, bring to life the vibrant relationships between human and nonhuman nature. Ecocinema in the City provides a space to explore these relationships, revealing how ecocinema shows that both human and nonhuman nature can interact sustainably and thrive.

Part I: Evolutionary Myths Under the City

1. The City, The Sewers, The Underground: Reconstructing Urban Space in Film Noir

3. Girls in the Hood: An Eco-Trauma of Childhood

4. Dogs and Eco-Trauma: the Making of a Monster in White God

5. Hatari Means Danger: Filmic Representations of Animal Welfare and Environmentalism at the Zoo

7. Green Lungs: Partnering with Nature in the Urban Garden Film

8. Urban Farming on Film: Moving Toward Environmental Justice in the City

9. Lives Worth Living and the Sustainable (and Accessible) City

Conclusion: The "Absent City" of the Future