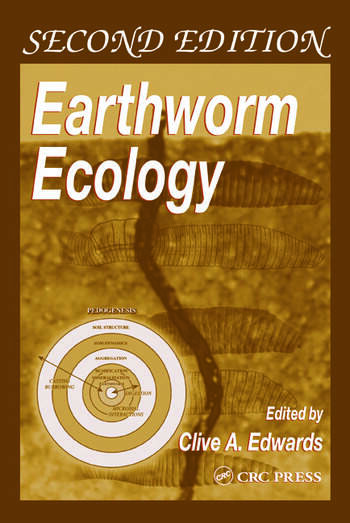 Since the publication of the highly-successful first edition of Earthworm Ecology, there were two international symposia and an increased number of publications on the subject, demanding a revision of the book that addresses the most rapidly developing areas of earthworm research.

Earthworm Ecology, Second Edition updates the most comprehensive work available on earthworm ecology with extensive revisions of the original chapters. This well-illustrated, expansive study examines the important, and often overlooked, impact earthworms have on the environment. It discusses the impact of climate, soil properties, predation, disease and parasitism, and competition upon earthworm ecology.

New chapters analyze the history of earthworm research, the importance of earthworms as representatives of soil fauna and how they affect plant growth, the effects of the invasion of exotic earthworms into North America and other regions, and vermiculture and vermicomposting in Europe and Asia. This new material makes this volume an essential reference work for soil scientists, agronomists, and others with a great interest in earthworms.

INTRODUCTION
The Importance of Earthworms as Key Representatives of the
Soil Fauna
Clive A. Edwards

The Status of Earthworm Biogeography, Diversity, and Taxonomy in North America Revisited with Glimpses into the Future
John W. Reynolds

A Comprehensive Study of the Taxonomy and Ecology of the Lumbricid Earthworm Genus Octodrilus from the Carpathians
Victor V. Pop and Adriana Antonia Pop

EFFECTS OF EARTHWORMS ON SOIL PHYSICAL PROPERTIES AND FUNCTION
Quantifying the Effects of Earthworms on Soil Aggregation
and Porosity
Martin J. Shipitalo and Renee-Claire Le Bayon

Impacts of Earthworms on Other Biota in Forest Soils, with Some
Emphasis on Cool Temperate Montane Forests
Dennis Parkinson, Mary Ann McLean, and Stefan Scheu

EARTHWORMS IN WASTE MANAGEMENT
The Use of Earthworms in the Breakdown of Organic Wastes to
Produce Vermicomposts and Animal Feed Protein
Clive A. Edwards and Norman Q. Arancon

The Use of Earthworms: Nature's Gift for Utilization of
Organic Wastes in Asia
Radha D. Kale

"The revisions not only provide readers with a wealth of information, but also present the historical context, which draws together the individual review papers. The book will leave little doubt as to the importance of earthworms in the functioning of ecosystems and their potential in the applied, cross-disciplinary fields of research."
-Chris Lowe, The Quarterly Review of Biology, December 2006

Praise for the First Edition:
"This book, and the authors that have contributed individual chapters, go a long way toward providing some of the basic science needed…valuable to farmers and researchers…in ecotoxicological evaluations."
IPM Practitioner

"Each paper is original, well written, often illustrated with tables/graphs/figures, and contains a comprehensive and valuable list of references for the serious researcher. Highly recommended…"
P.E. Lutz, in CHOICE

"An excellent review of the current state of knowledge of the variety of ways in which earthworms have an impact on and respond to their environment. …The editor and publisher are to be congratulated on producing such a useful synthesis. The quality of production is good and there is a comprehensive index. The book will be of value to researchers in soil science, and a useful text for undergraduate and post-graduate students."
European Journal of Soil Science, 2006 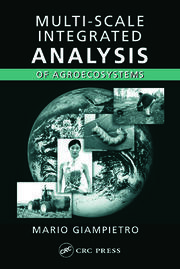 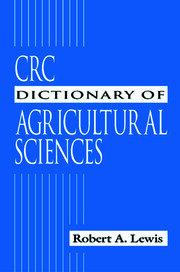