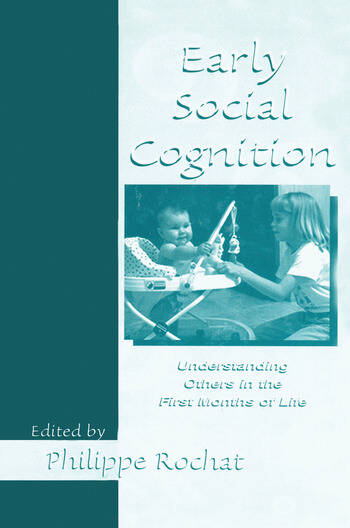 Early Social Cognition: Understanding Others in the First Months of Life

In recent years, much stimulating research has emerged on children's theories of mind, construed as the understanding of others' intentions, beliefs, and desires. In this context, there is a renewed interest in the developmental origins of social cognition. This book is an expression of this new interest, assembling current conceptualizations and research on the precursors of joint engagement, language, and explicit theories of mind. The focus is on what announces such remarkable development.

The book is divided into four parts. Part I deals with the nature and development of social cognition in infancy. Each contribution provides a different view of the important features of social cognition in the first months of life. Part II presents recent empirical findings on the developing ability by young infants to detect whether caretakers and social partners are attentive and responsive to their own behavior in social exchanges. Part III focuses on the early development of infants' ability to monitor others in their action, their gazing, their animacy, and their emotion. Part IV offers a commentary on the contributions as a whole, discussing the basic theoretical assumptions guiding current research on early social cognition. The author identifies the conceptual strengths and weaknesses of the work presented and suggests interesting avenues for future research.

"I used portions of this book successfully in courses on the development of social cognition that included both advanced undergraduate students and graduate students. The students found the readings engaging. More importantly, the chapters left the students not with the feeling that everything interesting has been done, but rather with the feeling that there [is] much left to figure out. Inspiring students is certainly an important pedagogical goal, and my students and I found this book generative."
—Infant and Child Development

Early Social Cognition: Understanding Others in the First Months of Life