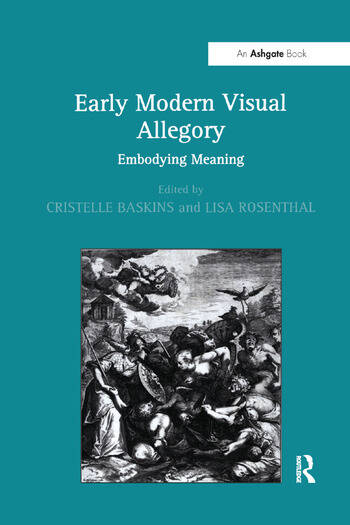 The first book in over twenty-five years devoted solely to allegory and personification in art history, this anthology complements current literary and cultural studies of allegory. The volume re-examines early modern allegorical imagery in light of crucial material, contextual and methodological questions: how are allegories conceived; for whom; and for what purposes? Contributors consider a wide range of allegorical representations in the visual arts and material culture, of both early modern Europe and the colonial "New World" 1400-1800. Essays included here examine paintings, sculpture, prints, architecture and the spaces of public ritual while discussing the process and theory of interpretation, formation of audiences, reception history, appropriation and censorship. A special focus on the medium of the body in visual allegory unites the volume's diverse materials and methods.

Lisa Rosenthal is Associate Professor of Art History at the University of Illinois, Urbana-Champaign, USA.

’Each of the essays makes a valuable contribution to our thinking about the potential and the instability of allegory. The broad scope of these case studies, which span the sixteenth through the early twentieth centuries, counts among the strengths of the volume, as the reader is challenged to compare and reconsider the nature of visual allegories over nearly five centuries of the visual tradition in Europe, as well as in the New World. Not only do the essays remind us of the playfulness of allegory, but they also expand our appreciation of the broader visual culture that shaped both the making and the interpretation of allegorical images in the early modern era.’ Renaissance Quarterly