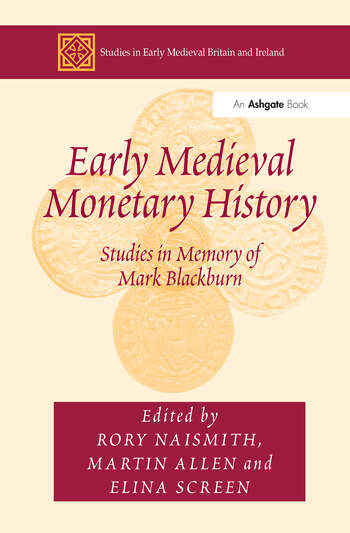 Mark Blackburn was one of the leading scholars of the numismatics and monetary history of the British Isles and Scandinavia during the early medieval period. He published more than 200 books and articles on the subject, and was instrumental in building bridges between numismatics and associated disciplines, in fostering international communication and cooperation, and in establishing initiatives to record new coin finds. This memorial volume of essays commemorates Mark Blackburn’s considerable achievement and impact on the field, builds on his research and evaluates a vibrant period in the study of early medieval monetary history. Containing a broad range of high-quality research from both established figures and younger scholars, the essays in this volume maintain a tight focus on Europe in the early Middle Ages (6th-12th centuries), reflecting Mark’s primary research interests. In geographical terms the scope of the volume stretches from Spain to the Baltic, with a concentration of papers on the British Isles. As well as a fitting tribute to remarkable scholar, the essays in this collection constitute a major body of research which will be of long-term value to anyone with an interest in the history of early medieval Europe.

Dr Rory Naismith is Leverhulme Early Career Research Fellow at the University of Cambridge, and a Fellow of Clare College. He is also General Editor and Secretary of the British Academy’s Sylloge of Coins of the British Isles project. His publications include Money and Power in Anglo-Saxon England: the Southern English Kingdoms, 757-865 (2011) and The Coinage of Southern England, 796-865 (London, 2011). Dr Martin Allen is Senior Assistant Keeper in the Department of Coins and Medals at the Fitzwilliam Museum, Cambridge, and an Affiliated Lecturer in the History Faculty of the University of Cambridge. He is the Editor of the British Numismatic Journal, and his publications include Mints and Money in Medieval England (2012). Dr Elina Screen is a Departmental Lecturer in Early Medieval History at the Faculty of History, University of Oxford, and College Lecturer in Medieval History at Trinity College, Oxford. She is also General Editor of the Medieval European Coinage Project (a British Academy Research Project). Her publications include Sylloge of Coins of the British Isles 65. Norwegian Collections: Part I. Anglo-Saxon Coins to 1016 (2013).

'Taken collectively, the contributions in this volume are impressive and illuminating. They serve as a testament to Blackburn's impact on the historical study of northwestern Europe in the early medieval period. They also highlight the dynamic economic life of a period often considered economically stagnant.' Medieval Review