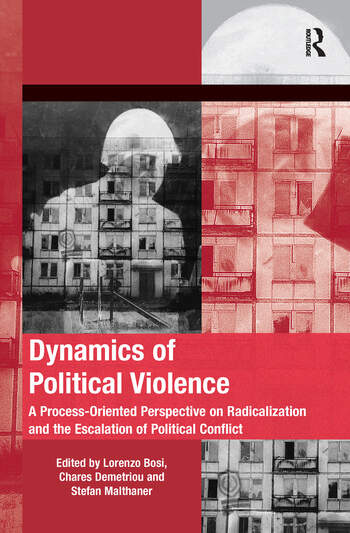 Dynamics of Political Violence: A Process-Oriented Perspective on Radicalization and the Escalation of Political Conflict

Dynamics of Political Violence examines how violence emerges and develops from episodes of contentious politics. By considering a wide range of empirical cases, such as anarchist movements, ethno-nationalist and left-wing militancy in Europe, contemporary Islamist violence, and insurgencies in South Africa and Latin America, this pathbreaking volume of research identifies the forces that shape radicalization and violent escalation. It also contributes to the process-and-mechanism-based models of contentious politics that have been developing over the past decade in both sociology and political science. Chapters of original research emphasize how the processes of radicalization and violence are open-ended, interactive, and context dependent. They offer detailed empirical accounts as well as comprehensive and systematic analyses of the dynamics leading to violent episodes. Specifically, the chapters converge around four dynamic processes that are shown to be especially germane to radicalization and violence: dynamics of movement-state interaction; dynamics of intra-movement competition; dynamics of meaning formation and transformation; and dynamics of diffusion.

'A fascinating, wide-ranging set of arguments about a vital topic. Combining the insights of distinguished scholars with those of a new wave of academic analysts, the book offers a good sense of what we know, and of where our research should move in the next phase of our work. An impressive volume.’ Richard English, Handa Centre for the Study of Terrorism and Political Violence, University of St Andrews, UK ’Dynamics of Political Violence is one of the most stimulating volumes on this topic to appear in recent years. It is theoretically sophisticated, drawing on cutting-edge ideas from the fields of social movements and contentious politics�. It is also wide-ranging in its themes and case studies. This is essential reading for anyone interested in political violence and terrorism.’ Jeff Goodwin, New York University, USA 'In short, Dynamics of Political Violence constitutes a very important contribution to the debate on radicalisation. The ’process-oriented’ approach to understanding violent movements not only dispels some false assumptions often prevalent in our understanding but is also capable of informing scientists and practitioners alike. As such, this volume is undoubtedly a worthy read.' LSE Review of Books

Dynamics of Political Violence: A Process-Oriented Perspective on Radicalization and the Escalation of Political Conflict