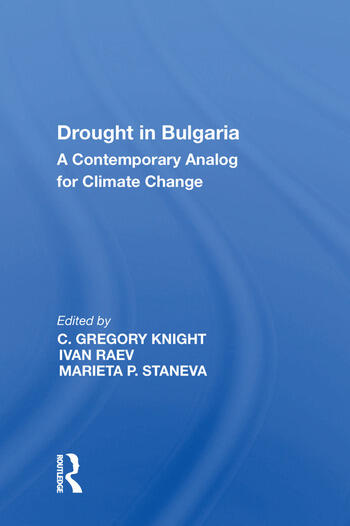 Drought in Bulgaria: A Contemporary Analog for Climate Change

Given the different geographical and human contexts in which climate change impacts will be experienced, thinking by analogy provides one useful way to explore dimensions of such change. This landmark book, based on the human dimensions of global change paradigm, examines climate impacts through the study of a contemporary society's response to a drought period analogous to expected future climate. Bulgaria suffered severe drought from 1982 to 1994, conditions which models suggest better reflects future climate than existing norms. The Center for Integrated Regional Assessment at Penn State and the Bulgarian Academy of Sciences collaborated to research this drought period as an analogy for future climate. This book shows their assessment of what can be learned from the impacts of and responses to contemporary drought in Bulgaria. It therefore makes an important contribution to the literature on regional climate change and methods used to address anticipated impacts of that change.

Drought in Bulgaria: A Contemporary Analog for Climate Change