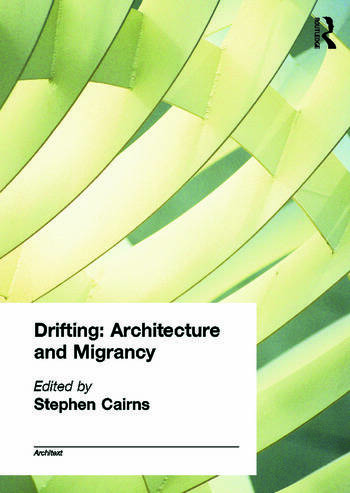 To dwell in these globalizing times requires us to negotiate increasingly palpable flows - of capital, ideas, images, goods, technology, and people. Such flows seem to pressurize, breach and sometimes even disaggregate the places we always imagined to be distinctive and stable. This book is focussed on the interaction of two elements within this contemporary situation. The first is the very idea of a place we imagine to be distinctive and stable. This idea is explored through architecture, the institution that in the West has claimed the responsibility for imagining and producing places along these lines. The second element is a particular kind of global flow, namely the human flows of immigrants, refugees, exiles, guestworkers and other migrant groups. This book carefully inspects the intersections between architectures of place and flows of migrancy. It does so without seeking to defend the idea of place, nor lament its passing. Rather this book is an exploration of the often complex and unorthodox modes of dwelling that are emerging precisely from within the ruins of the idea of place. This exploration is informed by critical analyses of architecture and urbanism, and their representation in media such as film.

The book is animated empirically by a set of overlapping and intersecting trajectories that shift from Hong Kong to Canada, Australia and Germany; from Southern Europe to Australia; from Britain to India, Canada and New Zealand; from Southeast Asia, to the Pacific Islands, to New Zealand; and from Latin America and East Asia to the United States. But each geographical context discussed represents only one point within a wider pattern of movement that implicates other localities, and so signals the very undoing of a unified geographical logic.

Preface  Introduction  1. Drifting: Architecture / Migrancy  2. On Cosmopolitanism  3. Architecture as Evidence  4. Mythforms: Techniques of Migrant Place-Making  5. Why Architecture is Neither Here nor There  6. Migration, Exile and Landscapes of the Imagination  7. Building Hong Kong: from Migrancy to Disappearance  8. Conflicting Landscapes of Dwelling and Democracy in Canada  9. Too Many Houses for a Home: Narrating the House in the Chinese Diaspora  10. Emigration / Immigration: Maps, Myths and Origins  11. Earthquake Weather  12. Pacific Migration  13. La Frontera's Siamese Twins  14. Screening Los Angeles: Architecture, Mobility and Migrancy  15. By the Bitstream of Babylon: Cyberfrontiers and Diaspora Vistas

Stephen Cairns teaches architecture theory and design at the University of Edinburgh. He works on contemporary architecture and urbanism often in the context of postcolonial criticism, cross-cultural and transnational studies, and with a particular empirical focus on Southeast Asia.