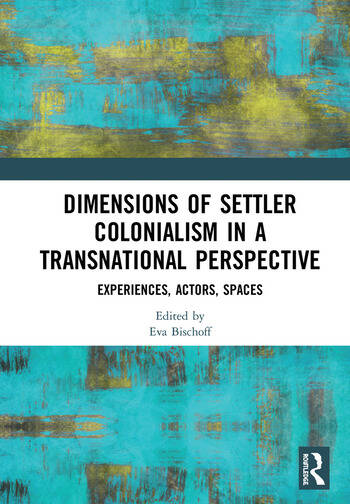 As a field of research, settler colonial studies has developed dynamically in recent years. This volume contributes a set of much-needed empirical analyses of the microhistory and practices of settler colonialism. Incorporating six case studies from across the Anglo-world, including the United States, Australia, and South Africa, this book examines the roles different actors played in this process, their individual experiences, and the social and physical (re-)organization of settler colonial space. They reconstruct the complexities of settler responses to Indigenous resistance, guided by fear or religious convictions; and explore the settlers’ potential to manoeuvre on higher political levels, legitimizing frontier violence as a patriotic duty to the common good. In addition, they examine the production and circulation of knowledge about land, and discuss the ways in which socio-ecological systems were manipulated by stock farmers whose success depended upon an effective integration into a world-wide economic system. Overall, the volume presents a unique combination of microhistorical analysis and environmental history. This book was originally published as a special issue of Settler Colonial Studies.

2. ‘The intrusion therefore of cattle is by itself sufficient to produce the extirpation of the native race’: social ecological systems and ecocide in conflicts between Hunter–Gatherers and commercial stock farmers in Australia Norbert Finzsch

5. ‘I am frightened out of my life’: Black War, white fear Nicholas Clements and Andrew Gregg

Eva Bischoff teaches International History at Trier University, Germany. Her research interests include colonial and imperial history, postcolonial theory, and gender/queer studies. She recently concluded a book project investigating the history of a group of Quaker families and their roles in the process of settler imperialism in early nineteenth-century Australia.