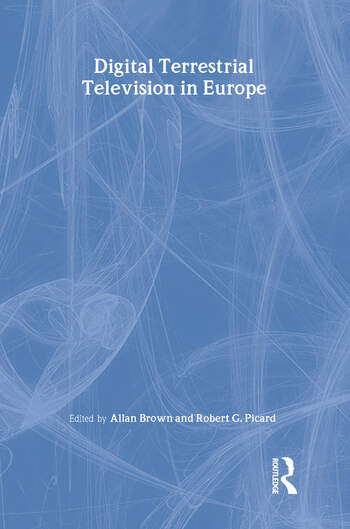 Digital technology for the production, transmission, and reception of television is expected to replace analogue transmission throughout the world. The timetable for this transition is uncertain and different projections have been made for virtually every country in the world. This book gives the exhaustive details of the issues of this changeover in Europe and elsewhere. The details are placed within the context of the massive changes, which the television industry has been subjected to over the past 25 years.

The rollout of digital terrestrial television (DTTV) in Europe is a significant issue for every country included in this survey. It is of such importance because DTTV is the centerpiece of many governments' policies toward making Europe the world leader in new information and communication technologies. These same governments are all wrestling with the issues of how to use the technology in ways that create both commercial and non-commercial value. European perspectives on the social, cultural, and political nature of broadcasting vary significantly from those in other parts of the world and require that the introduction of DTTV should be handled differently to its introduction elsewhere.

There are enormous technical, political, and economic aspects to be considered and these vary from country to country in Europe. The two editors bring a perspective to this study as media economists who come to the European scene from other parts of the world. The book covers DTTV in depth, and it also includes discussions of cable, satellite, broadband, and Internet technology for comparison.