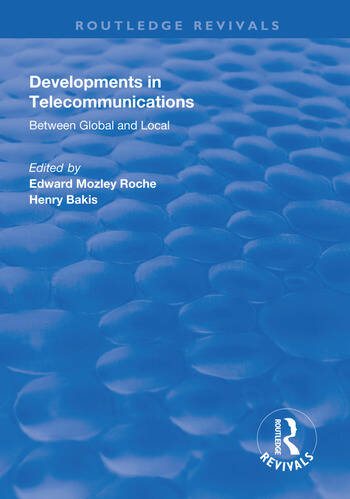 Developments in Telecommunications: Between Global and Local

Published in 1997. Developments in information technology and telecommunications are giving new meaning to the concepts of space and time. In particular the concepts of "local" and "global" are starting to merge together even though they apparently represent entirely different scales. One example is "telework", also known as "telecommuting". Another is the rapid growth of outsourcing. These developments are based on new technologies such as multimedia, rapid improvements in storage technologies, and the information superhighway, including the Internet. The structure of the world's telecommunications industry is changing and, in addition, political and social autonomy is breaking down. The role of the nation state is challenged, as are the old avenues and levers of political power. Nation states have attempted to grab functional control over the emerging infrastructure, but they are ultimately unable to exert control over the flood of information surging around the world. There still remains a strong middle ground between local and global, dominated by multinational corporaions and governments.

Developments in Telecommunications: Between Global and Local