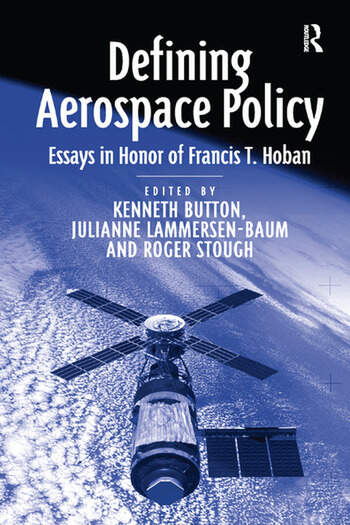 Featuring contributions from many of the most prominent contemporary figures in the US aerospace community, this book provides unprecedented insights into the ways in which aerospace policy is developed and implemented. Based on a wide range of real-life case studies and the personal experiences of those directly involved, its coverage includes some of the most influential and wide-ranging policies of modern times, including: the privatization of the Canadian air navigation system; government-industry cooperation; Leasecraft; NASA and the evolution of the hush kit; US activities to reduce launch costs; the emergence of a spaceport policy; VentureStar; issues in institutional restructuring: the problem with the FAA. Contributed in memory of Frank Hoban, the book compiles the work of a NASA funded team at George Mason University working on various institutional aspects of the aerospace policy and the aerospace industry, and also seeking out new directions for using the insights gathered from the NASA and other programs. The readership will include the management of aerospace companies and government agencies, especially in North America but also elsewhere, eg Europe (ESA), Russia and Japan. It will also include researchers and graduate students in university departments and agencies and other facilities.