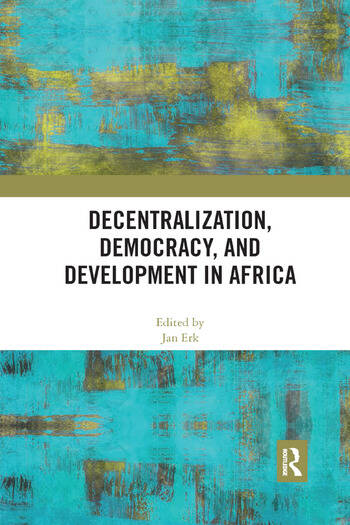 Decentralization, Democracy, and Development in Africa

Decentralization reforms introduced to Africa in the 1990s have not always delivered the intended long-term outcomes. This is a collection on the consequences of these reforms two decades on. In addition to general and comparative overviews, the book contains case studies on Ghana, Senegal, Zimbabwe, Namibia, Ethiopia, and Uganda. The common theme across the chapters is that the reforms seem to have engendered political consequences beyond decentralization itself – mostly through interaction with the broader historical, political, social, and economic context. The book thus speaks both to the scholarly literature (on decentralization, democratization, and development) and to the community of development practitioners.

The main conclusion that emerges from the studies in the book is that no magic formula that can turn countries into peaceful, stable, and prosperous democracies overnight exists. Furthermore, there are risks involved in importing formal institutions without regard to the local historical, political, social, and economic context.

The chapters of this book were originally published as a special issue in Regional and Federal Studies.

Jan Erk is the Jan C. Smuts Memorial Fellow at the University of Cambridge, UK. He completed his doctorate at McGill University and his postdoctoral studies at the University of Toronto, in Canada. In 2018, he will become a fellow of the Stellenbosch Institute for Advanced Study (STIAS) in South Africa.

Decentralization, Democracy, and Development in Africa