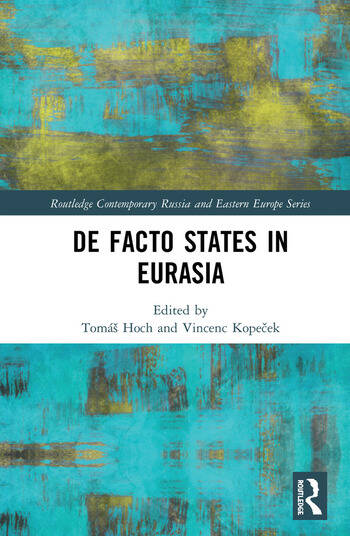 This book explores the phenomenon of de facto states in Eurasia: states such as Abkhazia, Nagorno-Karabakh, and the Transnistrian Moldovan Republic. It examines how they are formed, what sustains them, and how their differing development trajectories have unfolded. It argues that most of these de facto states have been formed with either direct or indirect support from Russia, but they all have their own internal logic and are not simply puppets in the hands of a powerful patron. The book provides detailed case studies and draws out general patterns, and compares present-day de facto states with de facto states which existed in the past.

Tomáš Hoch and Vincenc Kopeček are Assistant Professors in the Department of Human Geography and Regional Development at Ostrava University, Czechia.