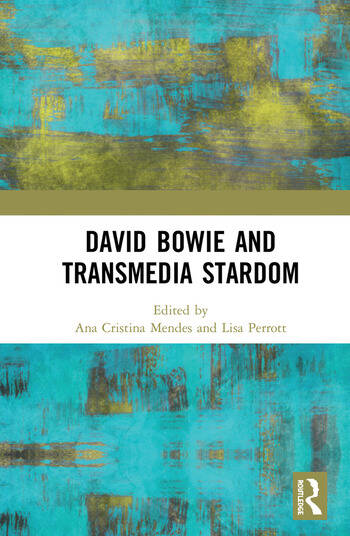 Addressing the interart, intertextual, and intermedial dimensions of David Bowie’s sonic and visual legacy, this book considers more than five decades of a career invested with a star’s luminosity that shines well beyond the remit of pop music.

The book approaches the idea of the star David Bowie as a medium in transit, undergoing constant movement and change. Within the context of celebrity studies, the concept of stardom provides an appropriate frame for an examination of Bowie’s transmedial activity, especially given his ongoing iconic signification within the celestial realm. While Bowie has traversed many mediums, he has also been described as a medium, which is consistent with the way he has described himself. With contributions from a wide range of disciplinary areas and countries, each chapter brings a fresh perspective on the concept of stardom and the conceptual significance of the terms ‘mediation’ and ‘navigation’ as they relate to Bowie and his career.

Containing a multitude of different approaches to the stardom and mediation of David Bowie, this book will be of interest to those studying celebrity, audio and visual legacy, and the relationships between different forms of media. It was originally published as a special issue of Celebrity Studies.

Introduction: Navigating with the Blackstar: the mediality of David Bowie

4. Is Bowie our Kierkegaard? : A theory of Agency in Fandom

5. ‘Oh man, I need TV when I got T. Rex’: Bowie and Bolan’s otherworldly carnivalesque intermediality

8. Time is out of joint: the transmedial hauntology of David Bowie

9. ‘Look up here, I’m in heaven’: how visual and performance artist David Jones called attention to his physical death

Ana Cristina Mendes is Assistant Professor of English Studies in the School of Arts and Humanities at the University of Lisbon, Portugal. Her areas of specialization are cultural and postcolonial studies, with an emphasis on the representations and reception of alterity in the global cultural marketplace. She serves on the board of the Association of Cultural Studies.

is Senior Lecturer of Media Studies at the University of Waikato, New Zealand. Her research specialties include cultural studies, animation, and transmedia, with an emphasis on the relations between audiovisual media, popular music, and the avant-garde. Lisa is co-editor of the Bloomsbury book series New Approaches to Sound, Music and Media.