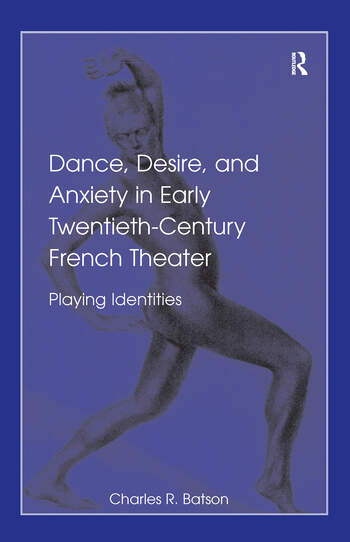 The 1909 arrival of Serge de Diaghilev's Ballets Russes in Paris marked the beginning of some two decades of collaboration among littérateurs, painters, musicians, and choreographers, many not native to France. Charles Batson's original and nuanced exploration of several of these collaborations integral to the formation of modernism and avant-gardist aesthetics reinscribes performances of the celebrated Russians and the lesser-known but equally innovative Ballets Suédois into their varied artistic traditions as well as the French historical context, teasing out connections and implications that are usually overlooked in less decidedly interdisciplinary studies. Batson not only uncovers the multiple meanings set in motion through the interplay of dancers, musicians, librettists, and spectators, but also reinterprets literary texts that inform these meanings, such as Valéry's 'L'Ame et la danse'. Identifying the performing body as a site where anxieties, drives, and desires of the French public were worked out, he shows how the messages carried by and ascribed to bodies in performance significantly influenced thought and informed the direction of much artistic expression in the twentieth century. His book will be a valuable resource for scholars working in the fields of literature, dance, music, and film, as well as French cultural studies.

'Charles Batson's subtle and perceptive study of the reception of early modern ballet in Paris uncovers anxieties raised by the spectacle of the male dancing body and locates them in relation to concerns about French national identity before and immediately after the first world war. Focusing on key works by Diaghilev's Ballets Russes, Ida Rubinstein, and the unjustly neglected Ballets Suédois, Batson uses an intimate knowledge of the French literary scene to uncover tacit assumptions that anticipate more recent deconstructive analyses of the instability of sex and gender.' Ramsay Burt, Senior Research Fellow, School of English and Performance Studies, De Montfort University ’...undoubtedly a very significant contribution to dance scholarship and cultural history.’ French Studies ’Batson's well-researched study argues persuasively that, in fact, the performances of the Ballets Russes and, later, the Ballets Suédois, reveal as much - or more - about the French themselves than they do about either Russians or the Swedes...Richly embedded in references to contemporary theory and current reasearch by cultural critics and historians, Batson draws upon well-known and lesser-known studies in musicology, dance history, literary and performance theory, and gender theory...it is a valuable book. Whereas studies of early twentieth-century French theater generally treat only the theater proper, Batson blurs the boundaries of 'French theater' to embrace the (Russian and Swedish) ballet. He thereby reveals ballet's important contribution to avant-garde theater in France, and its significant role in the development of avant-garde esthetics in the other arts.’ French Review