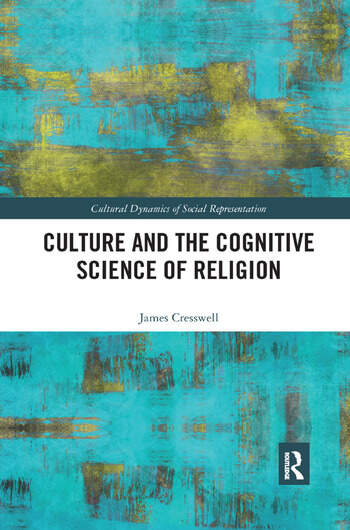 Culture and the Cognitive Science of Religion

Culture and the Cognitive Science of Religion is the first book to bring together cultural psychology and the cognitive science of religion (CSR). Containing much-needed discussion of how good research should do more than simply follow methodological prescriptions, this thought-provoking and original book outlines the ways in which CSR can be used to study everyday religious belief without sacrificing psychological science.

Cresswell’s pragmatist approach expands CSR in a radically new direction. The author shows how language and culture can be integrated within CSR in order to achieve an alternative ontogenetic and phylogenetic approach to cognition, and argues that a view of cognition that is not based on modularity, but on the dynamic connection between an organism and its milieu, can lead to a view of evolution that makes much more room for the constitutive role of culture in cognition.

As a provocative attempt to persuade researchers to engage with religious communities more directly, the book should be essential reading for academics, researchers and postgraduate students, as well as psychologists interested in the cognitive science of religion, theological anthropology, religious studies and cultural anthropology.

2. Seriously, Culture and Language Need to be Taken Seriously

3. Don’t Throw the Baby Out with the Bathwater I: Development of Religious Belief

4. Don’t Throw the Baby Out with the Bathwater II: Evolution and Experience

5. On Being Good Researchers

6. Does Reality and/or God Exist… Or Not?

Culture and the Cognitive Science of Religion