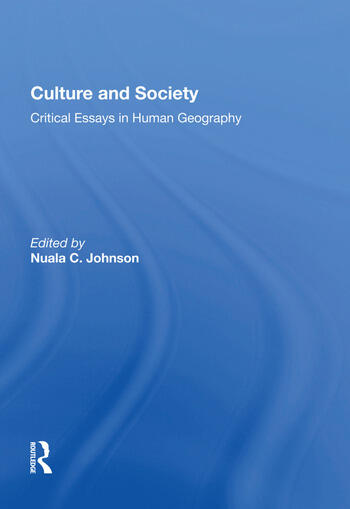 Human geographers have been at the forefront of research that examines the relationships between space, culture and society. This volume contains twenty-one essays, published over the past thirty years, that are iconic instances of this investigative field. With a focus on four broad themes - landscape, identity, colonialism, nature - these essays represent some of the best and most innovative interventions that geographers have made on these topics. From the visual to the corporeal, from rural Ceylon to urban America and from the sixteenth century to the twenty-first, this volume brings together a set of theoretically sophisticated and empirically grounded works.