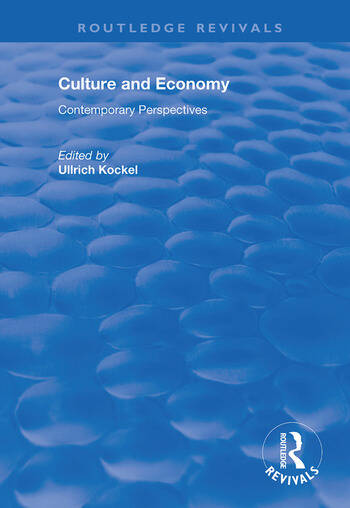 This title was first published in 2002. For many regions, 'culture' is considered the only viable resource they have for economic development. Neo-liberalist economics has become the dominant paradigm across a wide range of cultural contexts, while the cultural contingency of this paradigm itself has been obscured. In offering an empirically grounded anthropological critique of these issues, the volume makes an original contribution to the international debate on culture and economy. The case studies shed light on everyday practices used to establish culture’s economic 'value', and concepts of 'culture' and 'economy' employed by policy decision-makers are scrutinized through studies of strategies and policies at various levels. Aspects of economy, such as the market, are examined as cultural constructs in a historical context. Illustrated by international case studies, the volume provides a compelling and insightful survey of the theories and practices that shape the polyvalent relationships between culture and economy in the twenty-first century.