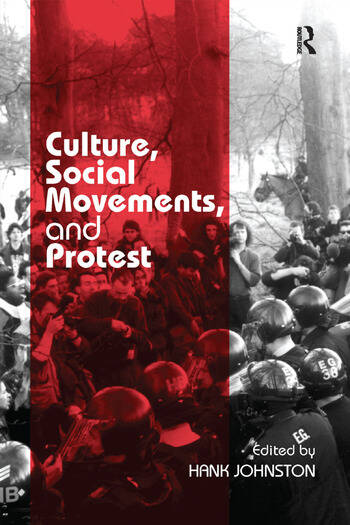 This cutting-edge research volume advances the widely accepted perspective that cultural factors are central elements in shaping trajectories, organizational forms, recruitment, protest strategies and ideologies of social movements. Hank Johnston brings together international experts in cultural analysis to focus on narratives, frames, speech acts, subcultural networks, and new developments in cultural theory. By introducing innovative methodologies, this title will be of key importance to scholars across the social sciences, including sociology, political science, geography, anthropology, and women's studies. Johnston's exciting book is a significant contribution to the cultural analysis of social movements.

'Performances, artifacts, and ideation are discussed as fundamental categories of a cultural analysis of protest movements. The authors treat culture in its manifold aspects, such as the role of narratives, music, and framing. This volume moves our understanding of protest campaigns from a cultural perspective steps ahead. A welcome addition to the cultural canon.' Bert Klandermans , Vrije Universiteit Amsterdam, The Netherlands 'Hank Johnston is a canny analyst of the link between culture, collective action and political process. Through his decade-long association with Mobilization, he has also proved himself as a world-class editor. Here he draws on both skills to forge an excellent collection. Featuring some of the best known practitioners in the field, Culture, Social Movements, and Protest will no doubt attract the wide attention it fully deserves.' Mario Diani, University of Trento, Italy 'Johnston (San Diego State Univ.) has edited another excellent volume on social movements...moves beyond the framing paradigm and provides a much thicker cultural analysis of social movements...The editor’s opening essay is superb and sets an agenda for future research. All the subsequent chapters are of high quality and often thought provoking...a major collection on mobilization that is certain to be widely read and cited by students of social movements...Highly recommended.’ Choice 'This volume will be useful as a catalogue of cultural concepts, and all readers will find something to help them sharpen their analyses.' Mobilization 'Hank Johnston has occupied a prominent place within this area throughout his career and the current volume openly acknowledges the shifting ground that constitutes cultural approaches... this is a timely essay that seeks to re-situate the cultural significance of ’scenes’ in the context of the increasingly complex networked interactions that typify the contemporary movement milieu. This valuable conceptual work is developed empir