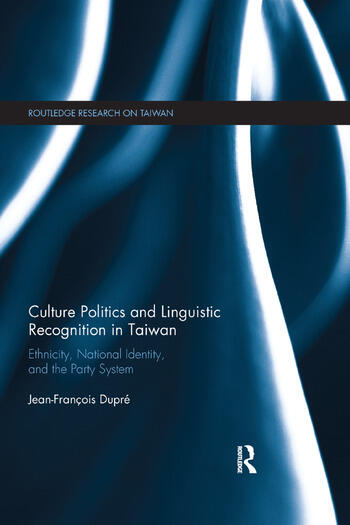 The consolidation of Taiwanese identity in recent years has been accompanied by two interrelated paradoxes: a continued language shift from local Taiwanese languages to Mandarin Chinese, and the increasing subordination of the Hoklo majority culture in ethnic policy and public identity discourses. A number of initiatives have been undertaken toward the revitalization and recognition of minority cultures. At the same time, however, the Hoklo majority culture has become akin to a political taboo.

This book examines how the interplay of ethnicity, national identity and party politics has shaped current debates on national culture and linguistic recognition in Taiwan. It suggests that the ethnolinguistic distribution of the electorate has led parties to adopt distinctive strategies in an attempt to broaden their ethnic support bases. On the one hand, the DPP and the KMT have strived to play down their respective de-Sinicization and Sinicization ideologies, as well as their Hoklo and Chinese ethnocultural cores. At the same time, the parties have competed to portray themselves as the legitimate protectors of minority interests by promoting Hakka and Aboriginal cultures. These concomitant logics have discouraged parties from appealing to ethnonationalist rhetoric, prompting them to express their antagonistic ideologies of Taiwanese and Chinese nationalism through more liberal conceptions of language rights. Therefore, the book argues that constraints to cultural and linguistic recognition in Taiwan are shaped by political rather than cultural and sociolinguistic factors.

Investigating Taiwan’s counterintuitive ethnolinguistic situation, this book makes an important theoretical contribution to the literature to many fields of study and will appeal to scholars of Taiwanese politics, sociolinguistics, culture and history.

3. Culture and Identity Politics in Taiwan: a Historical Overview

4. The Politics of Taiwanization under Chen Shui-bian

5. Linguistic Identities at the Turn of the in 21st Century

6. The Politics of Linguistic Revitalization: Local Language Education and Standardization

7. The Politics of Linguistic Recognition

9. Conclusion: Prospects for Culture Politics and Linguistic Recognition after 2016

Jean-François Dupré is SSHRC Postdoctoral Fellow at the School of Political Studies, University of Ottawa.