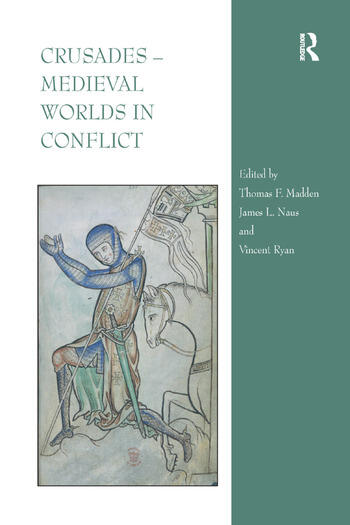 These essays, selected from papers presented at the International Symposium on Crusade Studies in February 2006, represent a stimulating cross-section of this vibrant field. Organized under the rubric of "medieval worlds" the studies in this volume demonstrate the broad interdisciplinary spectrum of modern crusade studies, extending far beyond the battlefield into the conflict and occasional cooperation between the diverse cultures and faiths of the Mediterranean. Although the crusades were a product of medieval Europe, they provide a backdrop against which medieval worlds can be observed to come into both contact and collision. The range of studies in this volume includes subjects such as Muslim and Christian understandings of their wars within their own intellectual and artistic perspectives, as well as the development of memory and definition of crusading in both the East and West. A section on the Crusades and the Byzantine world examines the intersection of western and eastern Christian attitudes and agendas and how they played out - particularly in the Aegean and Asia Minor. The book concludes with three studies on the crusader king, Louis IX, examining not only his two crusades in new ways, but also the role of the crusade in his later sanctification.

Contents: Introduction; Part I The Crusades and Conflicting Worlds of Sanctity: Jihad poetry in the age of the crusades, Carole Hillenbrand; Crucified with Christ: the imitation of the crucified Christ and crusading spirituality, C. Matthew Phillips; Brothers in arms: Hermandades among the military orders in medieval Iberia, Sam Zeno Conedera. Part II The Crusades and Contested Worlds of Ideas: The classical author portrait Islamicized, Robert Hillenbrand; Alfonso I and the memory of the 1st Crusade: conquest and crusade in the kingdom of AragÃ³n-Navarre, 1121-1134, Jennifer Price; Crucesignatus: a refinement or one more term among many?, Walker Reid Cosgrove. Part III The Crusades and the Byzantine World: God's will or not? Bohemond's campaign against the Byzantine empire (1105-1108), Brett Edward Whalen; 'Like an ember buried in the ashes': the Byzantine-Venetian conflict of 1119”1126, Thomas Devaney; John II Comnenus and crusader Antioch, David Parnell. Part IV The Crusades and the World of Louis IX: Saints and sinners at sea on the 1st Crusade of Saint Louis, Caroline Smith; Louis IX, Charles of Anjou and the Tunis crusade of 1270, Michael Lower; The place of the crusades in the sanctification of Saint Louis, M.C. Gaposchkin; Index.

'This collection of papers [...] outline[s] a vibrant area of study being approached from fresh angles.' The Historian '... contributions offer valuable new evidence and the volume succeeds admirably and consistently as a stimulating and rewarding read ... Ashgate have strengthened its reputation as a foremost publisher of crusading scholarship.' French History 'Around half the essays presenting will have a direct impact on our understanding of relations between Christians and Muslims during the crusading period, c.1097-c.1291, and the standard of scholarship in these works is indeed high. The volume overall will be of use primarily to academics and postgraduate students, as the articles are fairly heavy in academic terms (although stylistically they are very accessible)...' Islam and Christian-Muslim Relations