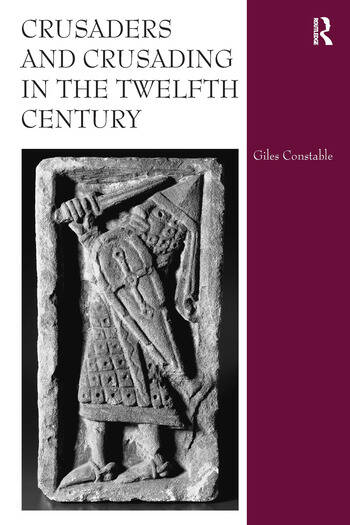 Crusaders and Crusading in the Twelfth Century

Crusading in the twelfth century was less a series of discrete events than a manifestation of an endemic phenomenon that touched almost every aspect of life at that time. The defense of Christendom and the recovery of the Holy Land were widely-shared objectives. Thousands of men, and not a few women, participated in the crusades, including not only those who took the cross but many others who shared the costs and losses, as well as the triumphs of the crusaders. This volume contains not a narrative account of the crusades in the twelfth century, but a group of studies illustrating many aspects of crusading that are often passed over in narrative histories, including the courses and historiography of the crusades, their background, ideology, and finances, and how they were seen in Europe. Included are revised and updated versions of Giles Constable's classic essays on medieval crusading, along with two major new studies on the cross of the crusaders and the Fourth Crusade, and two excursuses on the terminology of crusading and the numbering of the crusades. They provide an opportunity to meet some individual crusaders, such as Odo Arpinus, whose remarkable career carried him from France to the east and back again, and whose legendary exploits in the Holy Land were recorded in the Old French crusade cycle. Other studies take the reader to the boundaries of Christendom in Spain and Portugal and in eastern Germany, where the campaigns against the Wends formed part of the wider crusading movement. Together they show the range and depth of crusading at that time and its influence on the broader history of the period.

Giles Constable is Emeritus Professor of Medieval History at the Institute for Advanced Study, Princeton, USA

’The difficulty of understanding what crusading in the twelfth century was all about and whether or not the crusade as an institution already existed at the time will continue to occupy historians of the crusade. Constable’s crucial contributions toward these debates are given renewed force and importance by this collection of articles.’ The Catholic Historical Review ’From cover to cover this volume is bursting with some of the most important crusade scholarship of the past fifty years. With a remarkable breadth of knowledge Constable has changed the way that historians understand the crusades. The essays in this volume are how he did it.’ The Medieval Review ’The scholarship is, as is always the case with Constable, impeccable. The range of source material used is very wide and the judgements are weighty and authoritative.’ Journal of Ecclesiastical History ’... ce volume nous apporte une véritable révision de notre perception du mouvement de croisade dans son ensemble entre 1095 et 1204.’ Jean Richard, Revue d'histoire ecclésiastique 'This collection of thirteen studies by Giles Constable is very welcome.' Bulletin of the German Historical Institute

Crusaders and Crusading in the Twelfth Century