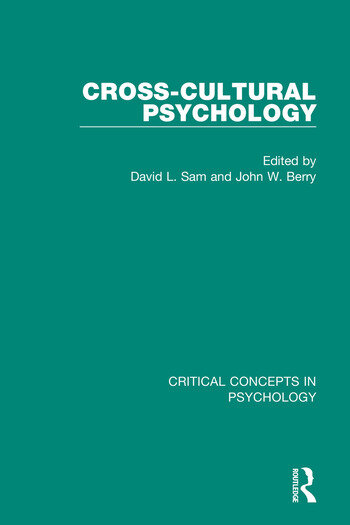 The consequences of globalization and mass migration are such that, it has been estimated, over 200 million people are living in countries other than where they were born. And as formerly homogeneous societies evolve into multicultural entities with traditional social and geographic boundaries giving way to increasingly complex representations of identity, new—and urgent—questions for psychologists, social scientists, and policymakers arise.

As research in and around cross-cultural psychology burgeons as never before, this new four-volume collection from Routledge meets the need for an authoritative reference work to make sense of a rapidly growing and ever more complex corpus of literature. Edited by two leading scholars, the collection is organized into four principal sections: Basic Issues; Theory and Method; Substantive Findings in Basic Processes; and Substantive Findings in Applied Issues. Cross-Cultural Psychology provides a one-stop ‘mini library’ of foundational and canonical work. The collection also includes cutting-edge analyses and discussions of theory and research, alongside major works addressing policy implications.

David Lackland Sam is Professor of cross-cultural psychology at the University of Bergen, Norway.