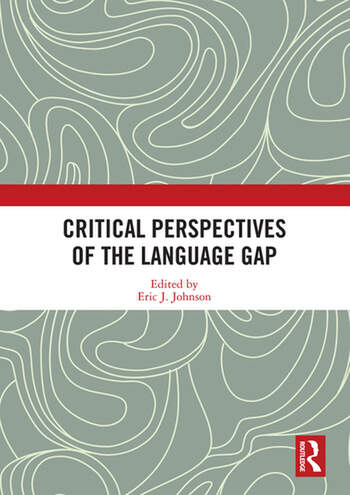 Critical Perspectives of the Language Gap

This volume is an orchestrated critique of the notion that individuals from lower socioeconomic status communities have inferior language skills as compared to middle- and upper-class groups. The idea of this so-called “language gap” stems in large part from Hart and Risley’s (1995) publication Meaningful Differences in the Everyday Experience of Young American Children. Hart and Risley proposed that by age 3, children from more economically affluent households were exposed to approximately 30 million more words than children from low-income backgrounds. They also claimed that this gap in exposure to words negatively impacts cognitive development and eventual academic achievement. The contributing authors in this book contest the original concept of a “language-gap” as well as the recent swell of academic research and public programs that it has produced. The chapters interrogate the linguistic, academic, cultural, and social implications of the “language-gap” by providing critical accounts grounded in the scholarly disciplines of sociolinguistics, anthropology, and education.

This book was originally published as a special issue of the International Multilingual Research Journal.

3. Meaning-Less Differences: Exposing Fallacies and Flaws in “The Word Gap” Hypothesis That Conceal a Dangerous “Language Trap” for Low-Income American Families and Their Children
John Baugh

Critical Perspectives of the Language Gap