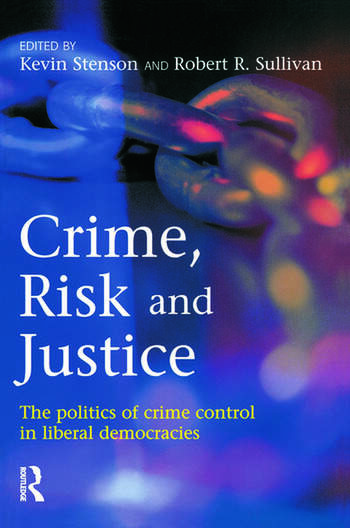 Crime control has risen rapidly up the social and political agendas to become a central feature of western societies. As inequalities in society have increased, so the actual and perceived risks of crime and other social ills have grown rapidly for all sections of society. Crime has become a central issue to governments, and no longer just a technical operation of law enforcement and adjudication.

This book is concerned with issues arising from these developments. Top criminologists from Britain, the USA and Australia explore the links between crime and risk through a range of themes, from the depiction of crime in the media to the dilemmas of policing, to the new punitiveness of criminal justice systems and the custodial warehousing of the poor and excluded. Crime, Risk and Justice will be of interest to students, academics and practitioners with an interest in crime and crime control and the place they have in modern society.