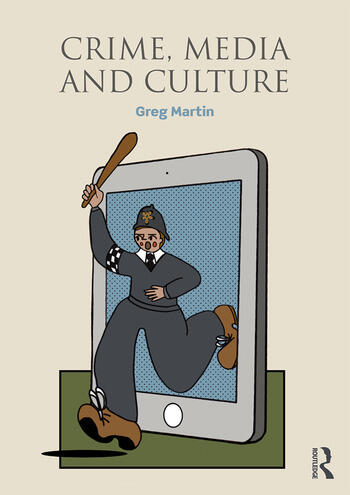 Working broadly from the perspective of cultural criminology, Crime, Media and Culture engages with theories and debates about the nature of media-audience relations, examines representations of crime and justice in news media and fiction, and considers the growing significance of digital technologies and social media.

The book discusses the multiple effects media representations of crime have on audiences but also the ways media portrayals of crime and disorder influence government policy and lawmaking. It also considers the processes by which certain stories are selected for their newsworthiness. Also examined are the theoretical, conceptual and methodological underpinnings of cultural criminology and its subfields of visual criminology and narrative criminology.

Drawing on case studies and empirical examples from the increasingly blurred worlds of reality and entertainment, the dynamics of crime, media and culture are illuminated across a range of chapters covering topics that include: moral panics/folk devils and trial by media; fear of crime; cop shows and courtroom dramas; female criminality and child-on-child killing; serial killers; surveillance, new media and policing; organized crime and state crime.

will be an invaluable resource for undergraduate and postgraduate students interested in criminology and media studies. The book will also prove useful for lecturers and academic researchers wishing to explore the intersections of crime, media and cultural inquiry.

4. Crime fear and the media

is Associate Professor of Socio-Legal Studies in the Department of Sociology and Social Policy at the University of Sydney, Australia. He has published widely in criminology, law and sociology, and is author of Understanding Social Movements (Routledge, 2015) and co-editor of Secrecy, Law and Society (Routledge, 2015). He is an Editor of The Sociological Review, Associate Editor of Crime Media Culture and a member of the Editorial Advisory Board of Social Movement Studies.