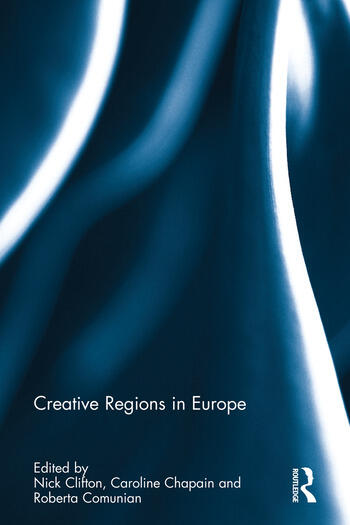 Creative and cultural industries, broadly defined, are now considered by many policy makers across Europe at the heart of their national innovation and economic development agenda. Similarly, many European cities and regions have adopted policies to support and develop these industries and their local support infrastructures. However this policy-making agenda implicitly incorporates (and indeed often conflates) elements of cultural and creative industries, the creative class and so on, which are typically employed without due consideration of context. Thus a better understanding is required. To this end, this book features eight research papers, split evenly with regard to geographical focus between the UK and continental Europe (the latter covering Spain, Germany, France, Luxemburg and Belgium individually and in combination). There is also a similar division in terms of those focusing primarily on the policy level (the chapters of Clifton and Macaulay, Mould and Comunian, Pareja-Eastaway and Pradel i Miquel, Perrin) and those of the individual creative actor (the chapters of Alfken et al, Bennett et al, Wedemeier and Brown). This book was previously published as a special issue of European Planning Studies.

4. Creativity, Cohesion and the ‘Post-conflict’ Society: A Policy Agenda (Illustrated from the Case of Northern Ireland)
Nick Clifton and Tony Macaulay

5. Living Hand to Mouth: Why the Bohemian Lifestyle Does Not Lead to Wealth Creation in Peripheral Regions?
Sophie Bennett, Steven Mcguire and Rachel Rahman

6. Towards the Creative and Knowledge Economies: Analysing Diverse Pathways in Spanish Cities
Montserrat Pareja-Eastaway and Marc Pradel i Miquel

Nick Clifton is Professor of Economic Geography and Regional Development at Cardiff School of Management, Cardiff Metropolitan University, UK. His main research interests lie in the fields of regional economics, small business and entrepreneurship, networks, business strategy, innovation and creativity. In particular, he is interested in how firms use networks to acquire knowledge and innovate, and the factors that influence the location choices of creative individuals.

is a lecturer in Economic Development, Birmingham Business School, University of Birmingham, Birmingham, UK. Her main research interests concern the relationship between public and private investments in the arts, art and cultural regeneration projects, cultural and creative industries, creativity and competitiveness. She has also undertaken research on the role of higher education in the creative economy and the career opportunities and patterns of creative graduates in UK.

is a lecturer in Cultural and Creative Industries Department of Culture, Media and Creative Industries, King’s College London, London, UK. Her main research interests include creativity, innovation, creative industries, local and regional economic development and public policies. Recently, she has been doing increasing research looking at the links between the economic, cultural and social objectives sustaining creative practices and the role of new media.