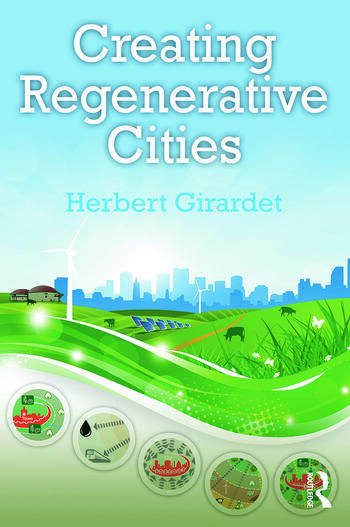 Large, modern cities have effectively declared their independence from nature. But while they take up only three percent of the world’s land surface, their ecological footprints actually cover the entire globe. Humanity is building an urban future, yet urban resource use is threatening the future of humanity and the natural world. To meet the aspirations of city people in both developing and developed countries, bold new initiatives are needed.

Modern cities are an astonishing human achievement. As centres of innovation they are humanity’s cultural playgrounds. Their communication and transport systems have developed a global reach. They are attractive to investors because they can offer a vast variety of services at comparatively low per-capita costs. But are they viable as ecological systems?

The planning of new cities, as well as the retrofit of existing cities, needs to undergo a profound paradigm shift. Mere 'sustainable development' is not enough. To be compatible with natural systems, cities need to move away from linear systems of resource use and learn to operate as closed-loop, circular systems. To ensure their long-term future, they need to develop an environmentally enhancing, restorative relationship between themselves and the natural systems on which they still depend.

is a concise, solution-oriented manual for creating regenerative urbanisation. A wide range of technical, management and policy solutions already exist, but implementation has been too slow and too little, in large part because the kinds of holistic approaches needed are still unfamiliar to fragmented and process-driven urban policy making and governance. Herbert Girardet's 30 years’ experience as an ecologist, thinker, film maker and consultant working around the world has created this unique combination of tried and tested best practices and policies, which outlines the fundamental shifts needed in the way we think about our cities.

1. Introduction and summary, 2. Resource use in an urbanizing world, 3. Agropolis – the city in its local landscape, 4. Living in Petropolis, 5. Cities and entropy, 6. The urban metabolism, 7. From Petropolis to Ecopolis, 8. Case studies

Prof. Herbert Girardet is a prolific author, conference speaker and international consultant in the field of cultural and urban ecology. He is a recipient of a UN 'Global 500 Award for Outstanding Environmental Achievements', a member of the Club of Rome, and the World Academy of Art and Science, and an Honorary Fellow of the Royal Institute of British Architects. He is a former chairman of the Schumacher Society, UK, and a trustee of the charity Artists Project Earth. He is a co-founder, former programme director and honorary member of the World Future Council. In 2003 he was inaugural ‘Thinker in Residence’ in Adelaide, developing regenerative development strategies for South Australia which have been largely implemented. Most recently he has been working extensively in the Middle East and also in Bristol.