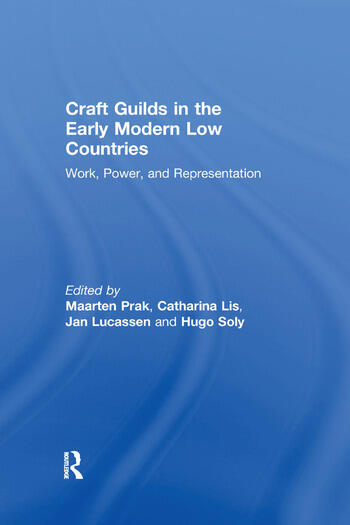 In the half millennium of their existence, guilds in the Low Countries played a highly significant role in shaping the societies of which they were a part. One key aspect that has been identified in recent historical research to explain the survival of the guilds for such a long time is the guilds' continued adaptability to changing circumstances. This idea of flexibility is the point of departure for the essays in this volume, which sheds new light on the corporate system and identifies its various features and regional variances. The contributors explore the interrelations between economic organisations and political power in late medieval and early modern towns, and address issues of gender, religion and social welfare in the context of the guilds. This cohesive and focussed volume will provide a stimulus for renewed interest and further research in this area. It will appeal to scholars and students with an interest in early modern economic, social and cultural history in particular, but will also be valuable to those researching into political, religious and gender history.

'The volume is a seminal contribution to several literatures, a must-read for scholars interested in the economy of early modern Europe, and filled with insights likely to influence scholars interested in a wide range of nations, topics, and time periods... this volume summarizes a wide range of insights into the economy, polity, and society of the late-medieval and early-modern Netherlands. It should be read by scholars interested in that period and scholars interested in the general relationship between institutions and economic development.' EH.NET '... the range and depth of research is invariable impressive.' Economic History Review ’This volume, drawing together recent scholarship and with a broad range of provocative summary conclusions laid out in a final chapter by two of the editors, will serve to promote as well as direct work on what were to city folk in early modern Europe institutions central to their lives.’ Bijdragen en Mededelingen betreffende de Geschiedenis der Nederlanden ’This volume represents a model to which to aspire.’ Technology and Culture ’Pionnier par de nombreux aspects, appuyé sur des archives très fournies et diverses et doté d'une bibliographie abondante [...], cet ouvrage ouvre de nombreuses pistes de recherches inédites et prometteuses.’ Annales Histoire et Sciences Sociales