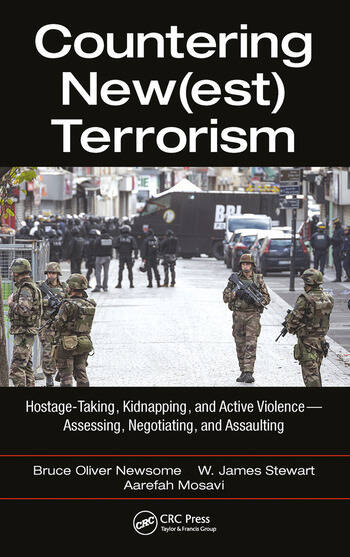 The term "new terrorism" has been in circulation since the late 90’s. This book analyzes the "newest terrorism" that has emerged in recent years—characterized by increased hostage-taking, kidnapping, and active violence—and develops best practices for countering these emerging threats. Along the way, it challenges fashionable wishful thinking that all terrorists are open to rational negotiation or de-radicalization, that military responses always reflect badly on the official side, and that terrorists are not constrained by their own doctrines.

will be of interest to researchers, students enrolled in terrorism and Homeland Security programs, crisis negotiators, and police, security, intelligence, and military authorities tasked with counterterrorism and anti-terrorism efforts.

5. Immediate Management of the Incident

8. Assess Their Motivations, Intentions, and Goals

12. Should the Official Side Consider Violence?

Appendix 1. The Sects of Islam

is a graduate of the University of California, Berkeley, specializing in Middle Eastern studies including the Islamic State, Amman, Jordan, and Erbil, Iraq.

is a researcher at the Human Rights Center, Boalt Law School. She earned her degree in peace and conflict studies from the University of California, Berkeley.