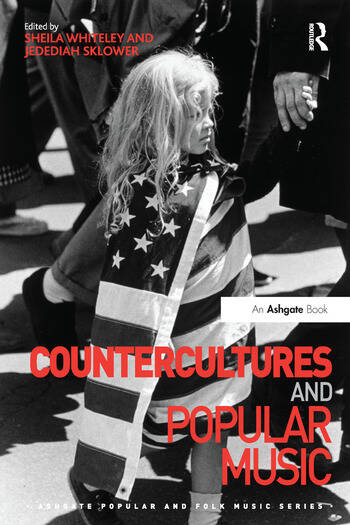 ’Counterculture’ emerged as a term in the late 1960s and has been re-deployed in more recent decades in relation to other forms of cultural and socio-political phenomena. This volume provides an essential new academic scrutiny of the concept of ’counterculture’ and a critical examination of the period and its heritage. Recent developments in sociological theory complicate and problematise theories developed in the 1960s, with digital technology, for example, providing an impetus for new understandings of counterculture. Music played a significant part in the way that the counterculture authored space in relation to articulations of community by providing a shared sense of collective identity. Not least, the heady mixture of genres provided a socio-cultural-political backdrop for distinctive musical practices and innovations which, in relation to counterculture ideology, provided a rich experiential setting in which different groups defined their relationship both to the local and international dimensions of the movement, so providing a sense of locality, community and collective identity.

Sheila Whiteley was Professor Emeritus, the University of Salford, Visiting Professor, Southampton Solent University, UK and Research Fellow, the Bader International Study Centre, Queen’s University (Canada). Among her many publications: The Space Between the Notes: Rock and the Counter Culture (1992); Women and Popular Music (2000); and Too Much Too Young (2005). A PhD candidate in cultural history and communication sciences (university of Paris 3), Jedediah Sklower teaches communication studies at Sciences Po Paris and popular music history and aesthetics at the Catholic University of Lille. He has been a member of the editorial team of the French journal of popular music studies Volume! since 2008. He published Free jazz, la catastrophe féconde. Une histoire du monde éclaté du jazz en France (1960-1982) (L’Harmattan, 2006), edited a special issue of Volume! dedicated to 'listening' (Ã‰ditions Mélanie Seteun, 2013). He also co-organised the 'Changing the Tune: Popular Music and Politics in the XXIst century' international conference in June 2013, with Alenka Barber-Kersovan (ASPM) and Elsa Grassy (IASPM-bfe).

'... an expansive, varied, and complex new scholarly investigation into one of the most colorful and impactful cultural movements of the 20th century. ... a collection of informative reflections and analyses that every fan of music and/or modern anthropology should find incredibly immersive and enlightening.' PopMatters