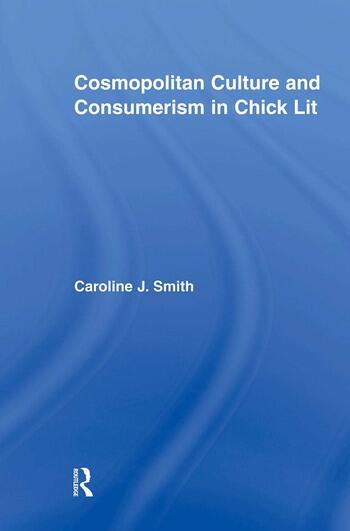 Cosmopolitan Culture and Consumerism in Chick Lit focuses on the literary phenomenon popularly known as chick lit, and the way in which this genre interfaces with magazines, self-help books, romantic comedies, and domestic-advice publications. This recent trend in women’s popular fiction, which began in 1996 with the publication of British author Helen Fielding’s novel Bridget Jones’s Diary, uses first person narration to chronicle the romantic tribulations of its young, single, white, heterosexual, urban heroines. Critics of the genre have failed to fully appreciate chick lit’s complicated representations of women as both readers and consumers. In this study, Smith argues that chick lit questions the "consume and achieve promise" offered by advice manuals marketed toward women, subverting the consumer industry to which it is so closely linked and challenging cultural expectations of women as consumers, readers, and writers, and of popular fiction itself.

Chapter Three: The Girls’ Guide to Breaking The Rules

Chapter Four: Down with Marriage: The Search for Romantic Alternatives

Chapter Five: Living the Life of a Domestic Goddess: "It’s a Good Thing"

Caroline J. Smith is an Assistant Professor in the University Writing Program at the George Washington University. She has been published in Women’s Studies: An Interdisciplinary Journal and Feminist Collections: A Quarterly Review of Women’s Studies Resources. Her research interests include contemporary women’s popular fiction and popular culture.