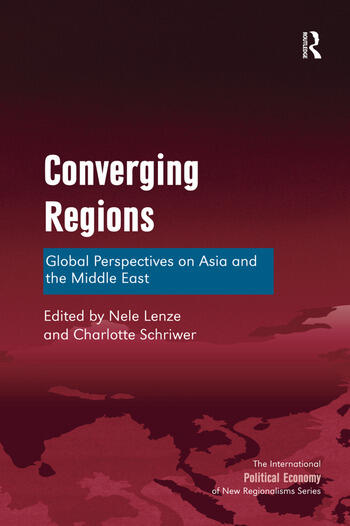 Converging Regions: Global Perspectives on Asia and the Middle East

For over a millennium, Asia and the Middle East have been closely connected through maritime activities and trade, a flourishing relationship that has given rise to new and thriving societies across the Indian Ocean region and Arabia. In recent times, with the global political and economic power shifts of the past decade, significant events in the Middle East and Asia have brought about fundamental global change; the Arab uprisings, the emergence of India and China as powerful global economies, the growing strength of various new Islamic movements, and serious financial uncertainties on a global scale have laid the foundations of a new world order between East and West. The current volume examines this renewed global dynamic, and how it is changing the relationships between the interdependent global communities across Asia and the Middle East. Focussing on the broader aspects of finance and trade between the Middle East and Asia, as well as growing security issues over natural resources and questions of sovereignty, this volume concludes with speculations on the growing importance of Asia and the Middle East in the global setting.

’This useful and highly original collection of essays surveys the current state, and envisages the future growth, of economic and political interactions between East and South-East Asia and the Middle East. These regions seem far apart, but they have been closely connected for many centuries through long distance trade and migration, and through the spread of Islam. The topics covered will be of interest to students of area studies, political science and international relations.’ Peter Sluglett, National University of Singapore, Singapore ’This important volume takes an interdisciplinary approach to examine the implications of the rise of Asia in general, and China and the energy wealthy countries of the Gulf in particular, and their implications for US and regional strategic realignments and the ways in which recent major trade initiatives also reflect historic regional trading networks.’ Jacqueline Armijo, Qatar University, Qatar

Converging Regions: Global Perspectives on Asia and the Middle East