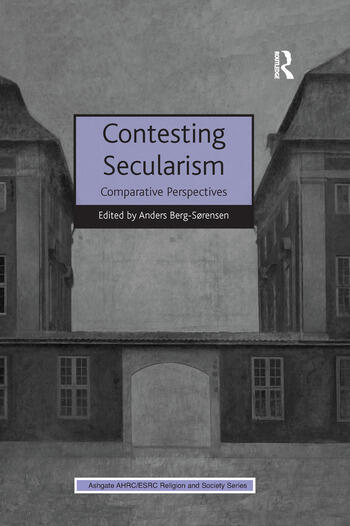 As we enter the twenty-first century, the role of religion within civic society has become an issue of central concern across the world. The complex trends of secularism, multiculturalism and the rise of religiously motivated violence raise fundamental questions about the relationship between political institutions, civic culture and religious groups. Contesting Secularism represents a major intervention into this debate. Drawing together contributions from leading scholars from across the world it analyses how secularism functions as a political doctrine in different national contexts put under pressure by globalisation. In doing so it presents different models for the relationship between political institutions and religious groups, challenging the reader to be more aware of assumptions within their own cultural context, and raises alternative possibilities for the structure of democratic, multi-faith societies. Through its inter-disciplinary and comparative approach, Contesting Secularism sets a new agenda for thinking about the place of religion in the public sphere of twenty-first century societies. It is essential reading for policymakers, as well as for scholars and students in political science, law, sociology and religious studies.

Anders Berg-SÃ¸rensen is Associate Professor at the Department of Political Science, University of Copenhagen. Dr Berg-SÃ¸rensen researches the relationship between religion and politics from the point of view of political theory and intellectual history, He is an experienced editor (five books in Danish and four special issues over the last twelve years) and has written broadly on secularism, religion and politics, and political ethics in both Danish and international publications.

’Anders Berg-SÃ¸rensen has assembled a strong team of well-established scholars and provided a clear map for the understanding of current debates about secularism, from both a theoretical and a comparative perspective. An indispensable, state-of-the-art volume on a topic of undiminished academic and political interest.’ Cécile Laborde, University College London, UK ’...a superb volume of essays. What makes the book particularly successful is that the essays, even amidst their diversity, collectively illuminate a common dynamic.’ European Political Science