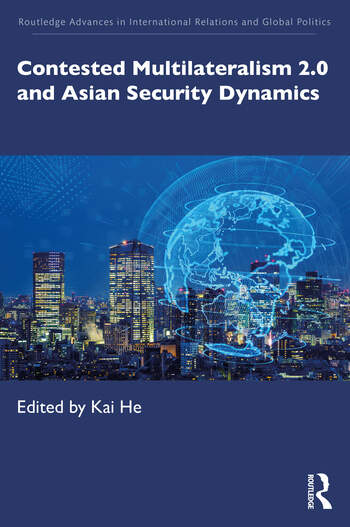 In the 1990s there was a wave of multilateralism in the Asia Pacific, which was led primarily by ASEAN. Since the Global Financial Crisis of 2008, however, many non-ASEAN states have attempted to seize the initiative, including the USA, Japan, China, South Korea, and Australia.

Kai He and his contributors debate the reasons for this contested multilateralism and the impacts it will have on the region’s security and political challenges. Will the "Indo-Pacific turn" be a blessing or a curse for regional stability and prosperity? Using a diverse range of theoretical and empirical perspectives, these leading scholars contribute their views on this question and on the diverse strategies of the great and middle powers in the region.

This collection will be of great interest to scholars and students of international relations in the Asia Pacific and of great value to policy makers in the region and beyond.