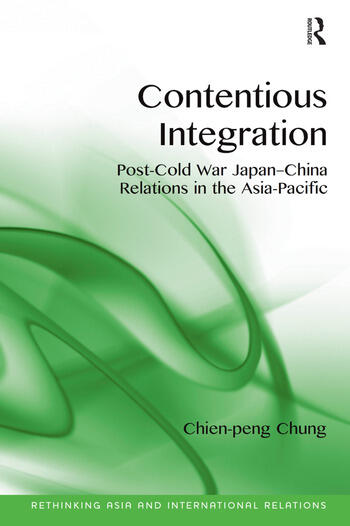 The Asian-Pacific is now one of the most important regions in the global system, where the interplay of integrative economic, geo-political and sociocultural processes provide increasing scope for regional leadership to be exercised, particularly by China and Japan. This book studies the relationship between the People's Republic of China and Japan as the basis of the construction and maintenance of economic and security arrangements in this region. It explains how these arrangements have been challenged by the occasionally testy ties between these two major Asian powers and explores their dynamic interactions in promoting their own agenda and ambitions, and obstructing that of the other's in contending for leadership of East Asia. In so doing, it highlights the complex interdependence and competitiveness of China and Japan, with careful observation from the United States. This book provides practical guidance for foreign policymaking in China, Japan and the United States, and makes theoretical inferences for the study of Sino-Japanese relations, regional integration and international relations generally.

C.P. Chung is a Professor in the Department of Political Science, Lingnan University, Hong Kong, having received his Ph.D. from the University of Southern California. Dr Chung has published several books and contributed to edited works, and his articles have appeared in journals such as Foreign Affairs, China Quarterly, Pacific Affairs, Asian Survey and Harvard International Review. His research interests include the politics and history of China, Chinese and Asian foreign and security relations, dynamics of political change in Asia, and diplomatic bargaining.

’This book is original, very well-written and persuasive. The scope of the book is also very impressive. It covers the interaction of China and Japan in multilateral processes and institutions not only in Northeast Asia and Southeast Asia but also central Asia and the South Pacific too. The scholarship is magisterial, sound and balanced' LAM Peng Er, National University of Singapore, Republic of Singapore ’At a time when China-Japan relations are at their worst since 1945, Professor Chung has provided a timely, balanced and exhaustive study of how the two have competed for regional leadership in Asia. It is a must-read for all interested in the future of the Asia-Pacific, the most important region in the world today.’ Andrew T.H. Tan, University of New South Wales, Australia ’Professor Chung offers a refreshing account of Sino-Japanese relations by placing them in the context of political and economic integration in Asia. His knowledge of region and his analytical power are in full display when he charts the twists and turns of the rivalries, competition, and cooperation between China and Japan. The result is a succinct, balanced, and up-to-date study of their integration into Asia-Pacific multilateralism since the end of the Cold War.’ Gerald Chan, University of Auckland, New Zealand