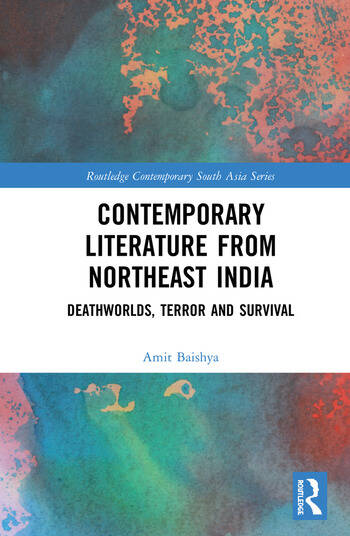 The Northeast Indian borderlands, a cultural crossroads between South, Southeast and East Asia, constitute an important post-colonial exception to the narratives of nation, troubling the common perception of India as an ostensibly liberal regime.

This book is the first to consider the representations of the effects of political terror and survival in contemporary literature from Northeast India. Fictions from this polyglot region offer alternative representations that show the post-colonial nation-state to engage in acts of aggression that parallel colonial regimes. The militarization of everyday life and the subsequent growth of cultures of impunity has left a lasting impact on ordinary existence in this border zone. Like in the much more widely discussed case of Kashmir, the governance of the Northeast region is not characterized so much by the management of life, the domain of what Michel Foucault calls biopolitics, but rather around the preponderance and distribution of death, what the postcolonial critic Achille Mbembe calls necropolitics. Not surprisingly, along with Mbembe’s theorizations, the influential works of the Italian philosopher, Giorgio Agamben, on 'bare life' have provided fruitful pathways to a study of the sovereign politics of death and political terror in this region. The author draws upon the conceptual literature on political terror and sovereign power through a reading of Anglophone fictions alongside Assamese fictional narratives (all published after 1990), but shifts the onus from the 'why' of violence to the 'how' of lived experience.

An original study of contemporary survivalist fictions that explores survival under conditions of civil and military threat, this book is a valuable contribution to the field of contemporary global literature focusing on cartographies of death and sovereign terror and postcolonial literature.

1.Necropolitical Literature from Northeast India, the Everyday and Survival

3. Of Hill Spaces: Survival in Duress in No-Man’s Zones in Assamese Militant Fictions

4. Survivance and Supplements: Revenants and Animality in "The Last Song" and "Soru Dhemali, Bar Dhemali"

5. Being-as-Following: Modalities of Survival and Relationality in An Outline of a Republic and Felanee

is Assistant Professor in the Department of English at the University of Oklahoma, USA. He specializes in postcolonial literature and cultural studies.