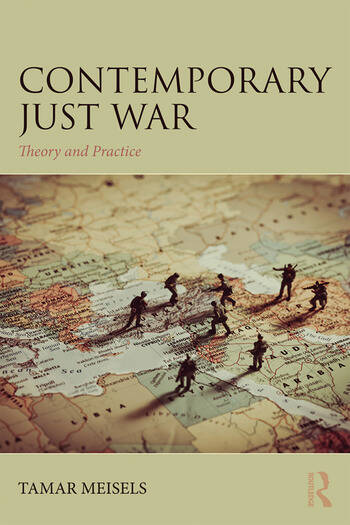 This book offers a renewed defense of traditional just war theory and considers its application to certain contemporary cases, particularly in the Middle East.

The first part of the book addresses and responds to the central theoretical criticisms levelled at traditional just war theory. It offers a detailed defense of civilian immunity, the moral equality of soldiers and the related dichotomy between jus ad bellum and jus in bello, and argues that these principles taken together amount to a morally coherent ethics of war. In this sense this project is traditional (or "orthodox"). In another sense, however, it is highly relevant to the modern world. While the first part of the book defends the just war tradition against its revisionist critics, the second part applies it to an array of timely issues: civil war, economic warfare, excessive harm to civilians, pre-emptive military strikes, and state-sponsored assassination, which require applying just war theory in practice. This book sets out to reaffirm the basic tenets of the traditional ethics of war and to lend them further moral support, subsequently applying them to a variety of practical issues.

This book will be of great interest to students of just war theory, ethics, security studies, war and conflict studies, and IR in general.

1. Comrades in Arms: The Equal Innocence of Soldiers

2. In Defense of the Defenseless: The Morality of the Laws of War

3. Fighting for Independence: What Can Just War Theory

5. Economic Warfare: the Case of Gaza

Tamar Meisels is Professor of Political Theory in the Department of Political Science at Tel Aviv University, Israel. She is author of Territorial Rights (2005), The Trouble with Terror (2008) and co-editor of Soft War: The Ethics of Unarmed Conflict (2017, with Michael L. Gross).