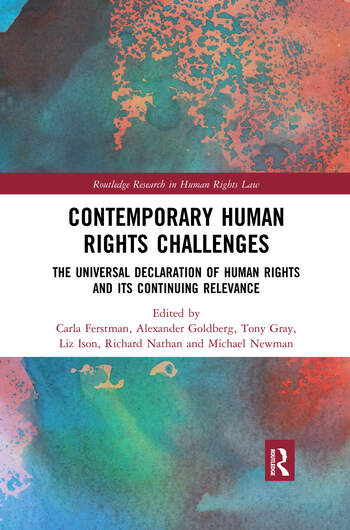 The Universal Declaration of Human Rights (UDHR) was drafted by the UN Commission on Human Rights in the aftermath of the World War II in an attempt to address the wrongs of the past and plan for a better future for all.

With contributions from President Jimmy Carter, UNESCO Secretary General Audrey Azoulay and the former Archbishop of Canterbury Rowan Williams, this collection of essays, Contemporary Human Rights Challenges: The Universal Declaration of Human Rights and its Continuing Relevance, by leading international experts offers a timely contemporary view on the UDHR and its continuing relevance to today’s issues.

Reflecting the structure of the UDHR, the chapters, written by 28 academics, practitioners and activists, bring a contemporary perspective to the original principles proclaimed in the Declaration’s 30 Articles. It will be a stimulating accessible read, with real world examples, for anyone involved in thinking about, designing or applying public policy, particularly government officials, politicians, lawyers, journalists and academics and those engaged in promoting social justice.

Examined through these universal principles, which have enduring relevance, the authors grapple with some of today’s most pressing challenges, some of which, for example equality and gender related rights, would not have been foreseen by the original drafters of the Declaration, who included Eleanor Roosevelt, René Cassin and John Humphrey.

The essays cover a wide range of topics such as an individual’s right to privacy in a digital age, freedom to practise one’s religion and the right to redress, and make a compelling and detailed argument for the on-going importance and significance of the Declaration and human rights in our rapidly changing world.

1: Foreword;  2: Cosmopolitan Vision, Civilised Sensibility, and Moral Passion: In Honour of Clemens N. Nathan (1933-2015);  3: List of Contributors;  4: Introduction to the Volume;  5: Section I: Reflections on the Foundation Blocks, the Pediment which Binds the Structure Together and Several Cross-Cutting Themes;  6: Section II: The Rights of an Individual;  7: Section III: The Rights of Individual in Civil and Political Society;  8: Section IV: Spiritual, public and political freedoms;  9: Section V: Economic, Social and Cultural Rights;  10: Section VI: The Challenge of Hope;  11: Appendices;  12: Index

, barrister and human rights activist, Jewish Chaplain to the University of Surrey. 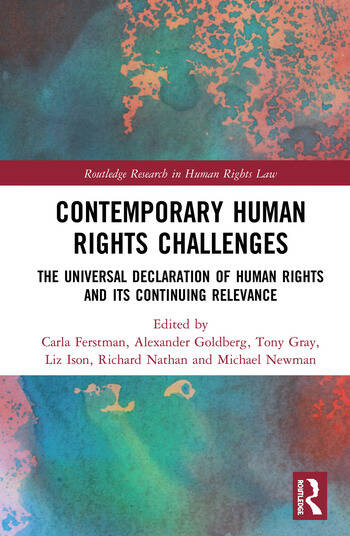