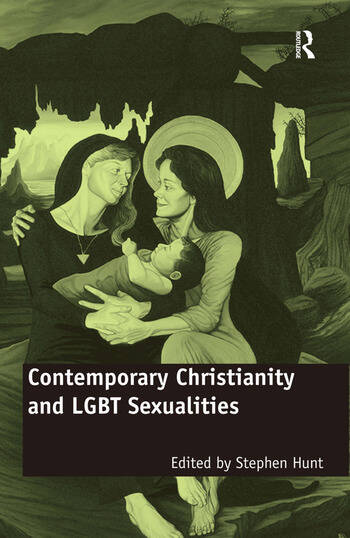 The subject of gay and lesbian sexuality is perhaps the most vexed issue in the contemporary Christian Church. Many churches have been forced to confront the matter, both theologically and pastorally and in consequence, controversies have proved divisive within the Church, most notably between conservative and liberal orientated denominations, as well as evangelical churches. This book explores these themes from a sociological perspective, addressing not only gay and lesbian sexualities, but also bi- and transgendered sexualities. With rich empirical material being presented by a team of experts, this book constitutes the first comprehensive sociological study of 'non-hetero' sexualities in relation to contemporary Christianity. As such, it will appeal to sociologists, scholars of religion and theology as well as readers across a range of social sciences

Stephen Hunt is Reader in the Sociology of Religion at the University of the West of England, Bristol, UK

'I sometimes wonder if there is anything left to say about Christianity and sexuality. The Churches grow weary of the endless debate. But this book and the essays within it remind us that this debate impacts upon real people in all parts of the Churches and all sides of the debate. People do not neatly conform to theological models or concepts, this book raises important issues about the construction of identity - sexual and Christian - and adds a refreshing dimension to the discussions'. Elizabeth Stuart, University of Winchester, UK 'At a time when the "battle over homosexuality" continues to rage in the churches, this book offers a collection of thoughtful and engaged reflections on the issue. It represents the whole range of LGBT sexualities, considers how both sides in the "war" frame their arguments and shape their strategies, and discusses what this means for those whose lives have become the focus of such controversy.' Linda Woodhead, Lancaster University, UK 'Reporting largely on sociological research in the areas of Christianity and sexual/gender identity, Contemporary Christianity and LGBT Sexualities reads for the most part like a special journal issue: packed with data and focused on developments in a specific sub-field. As such, it makes a significant contribution both to LGBT studies and to the sociology of religion. Yet, because most of the data are qualitative and the writing is clear, the book is accessible enough for the more general reader. Aside from being important reading for those working at the intersection of sexuality, gender, and religion, it would be an interesting supplement to courses on contemporary Christianity or religion and sexuality.' Journal of Contemporary Religion '... issues of marriage and adoption by individuals harbouring a non-heterosexual and non-cisgendered orientation are all too prevalent within the current politico-religious climates of various nations including North America, the United Kingdom, and Austr