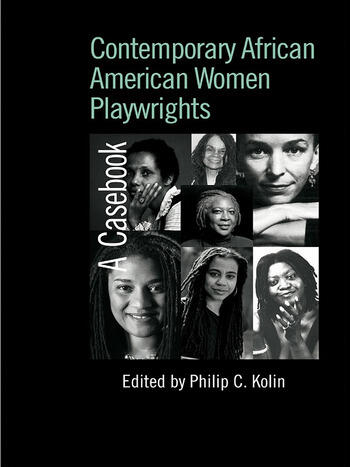 'The impressive array of scholars gathered in this collection, all experts in the field, read the plays with nuance and situate them deftly within their cultural and historical contexts. Scholars of contemporary theater and drama and of African American literature will find value in this engaging collection.' – Choice

In the last fifty years, American and World theatre has been challenged and enriched by the rise to prominence of numerous female African American dramatists. Contemporary African American Women Playwrights is the first critical volume to explore the contexts and influences of these writers, and their exploration of black history and identity through a wealth of diverse, courageous and visionary dramas.

Philip C. Kolin is Professor of English at the University of Southern Mississippi. He has published more than 35 books including Understanding Adrienne Kennedy (2005), The Tennessee Williams Encyclopedia (2004), and Othello: New Critical Essays (Routledge, 2001). He is general editor of the Routledge book series Shakespeare Criticism. He is also a poet who has published three books of verse.

'The impressive array of scholars gathered in this collection, all experts in the field, read the plays with nuance and situate them deftly within their cultural and historical contexts. Scholars of contemporary theater and drama and of African American literature will find value in this engaging collection.'  - Choice

'This resource is invaluable to the drama/theatre teacher... This [treatment of themes] makes the collection useful to a much wider range of academics and other professionals.' - Multicultural Review

'Compelling... the eminently readable essays are interesting and accessible for students and scholars of theatre and a broader readership interested in how theatre is informed by by the cultural politics of race in the USA.' - New Theatre Quarterly