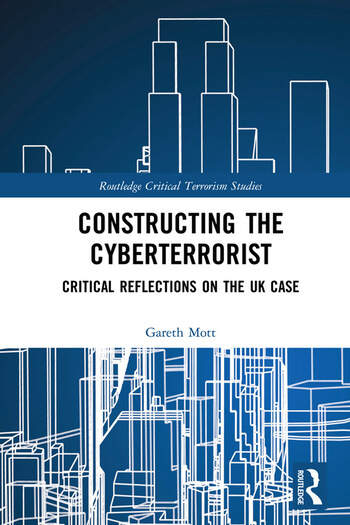 Constructing the Cyberterrorist: Critical Reflections on the UK Case

This book maps and analyses the official British construction of the threat of cyberterrorism.

By using interpretive discourse analysis, this book identifies ‘strands’ from a corpus of policy documents, statements, and speeches from UK Ministers, MPs, and Peers between 12 May 2010 and 24 June 2016. The book examines how the threat of cyberterrorism was constructed in the UK, and what this securitisation has made possible. The author makes novel contributions to the Copenhagen School’s ‘securitisation theory’ framework by outlining a ‘tiered’ rather than monolithic audience system; refining the ‘temporal’ and ‘spatial’ conditioning of a securitisation with reference to the distinctive characteristics of cyberterrorism; and, lastly, by detailing the way in which popular fiction can be ascribed agency to ‘fill in’ an absence of ‘cyberterrorism’ case studies. He also argues that the UK government’s classification of cyberterrorism as a ‘Tier One’ threat created a central strand upon which a discursive securitisation was established.

This book will be of interest to students of Critical Security Studies, terrorism studies, UK politics, and international relations.

Introduction: locating the ‘cyberterrorist’ within cyberspace and academia

1. Interpreting the construction of hypothetical threatening actors in cyberspace

2. The discursive construction of the threat of cyberterrorism to the UK

3. Running out of time: cyberterrorism as a temporally distinct threat

5. Narrating the cyberterrorist: from fiction to reality

Gareth Mott is a lecturer in security and intelligence at the University of Kent, UK.

Constructing the Cyberterrorist: Critical Reflections on the UK Case