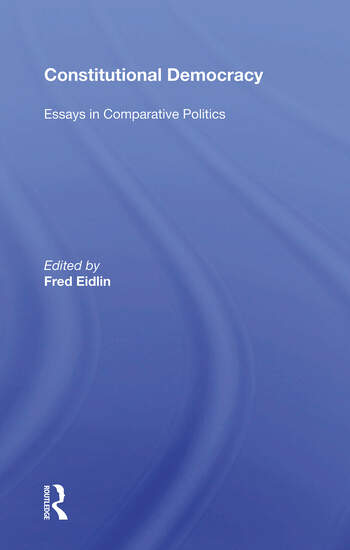 A frequent criticism of contemporary political science is that empirical research too seldom is combined with in-depth inquiry into the philosophical, historical, and legal foundations of the societies it seeks to understand. Others suggest that political scientists specializing in U.S. government too rarely collaborate with those who study other countries. The contributions in this volume belie these claims. The authors, all colleagues, students, and friends of Henry W. Ehrmann, represent the U.S., France, Germany, and Canada, the four countries in which Dr. Ehrmann has lived. The essays reflect the breadth and scope of Ehrmann's work as a teacher, scholar, and political activist. The contributions to this volume cover a broad range of topics, among them political theory and methodology of comparative politics and the interrelationships of economic, social, historical, and political developments, and include theoretically oriented studies of such problems as interest group politics, political culture, and parties. Integrating constitutional law and political philosophy with comparative sociological and historical research and theory, Henry Ehrmann's approach to teaching and research sets an excellent example for the contemporary study of political science.

Westview Replica Editions -- Preface -- Constitutional Courts and Values of Reference: Apropos Decisions on Abortion -- The Success of Constitutional Reform in Canada: A Comparative Historical Analysis -- The Evolution of the Institution of the French Presidency, 1959-1981 -- Freedom of Speech, Judicial Review, and Public Policymaking in the United States -- The Duties of Humanity: Legal and Moral Obligation in ROUSSEAU'S Thought -- The Problematic of Citizenship in Liberal Democracy: An Essay on Politics and Faith -- Social Theory and the Break With Tradition -- Entitlement and Legitimacy: Weber and Lenin on the Problems of Leadership -- Rational Choice and Culture: A Thick Description of Abner Cohen's Hausa Migrants -- Area Studies And/Or Social Science: Contextually-Limited Generalizations Versus General Laws -- Communism and Political Culture Theory -- Political Culture in the German Context: Some Reflections on the Shortcomings of Studies in Political Culture -- Two-Party Contest and "Inner-Party Democracy": Roots and Remedies of a Functional Conflict -- Death and Transfiguration of the Michigan Paradigm: Reflections on Some Recent Results Concerning the Sociology of Political Behavior in the United States -- The Autonomy of Politics: A Longitudinal Study of Selected Parliamentary Constituencies in Great Britain, France, and West Germany -- Labor Unions in Their Social and Political Environments: Britain, West Germany, and the United States -- Interest Groups in Three Industrial Democracies: France, West Germany, and the United States -- Corporatism in France: The Gaullist Contribution -- New Forms of Interest Representation in the U.S. Congress -- The Political Economy of the Popular Front in Comparative Perspective -- On Purposes of Military Occupation -- Determinants of French Foreign Policy after 1932: On the Relationship of National and Foreign Policy and International Politics and Economics -- Transition from Authoritarian Regimes: The Contrasting Cases of Brazil and Portugal 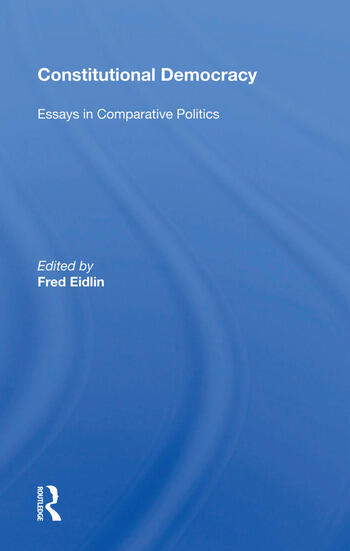